Agricultural Zoning Is a Win-Win for Farmers, Towns 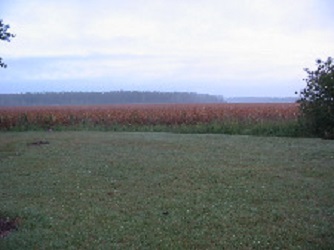 It makes sense to have an agricultural zoning category in towns, rural areas, and cities where farming is an existing and desired land use for certain properties, and where a zoning ordinance is in place. Far from being punitive toward farmers, we think that agricultural zoning actually protects them from unfair harassment by former urban residents.

If you are part of a planning commission or local government that wants to implement this, it's critical to start working with the current land owners where you believe agricultural zoning is appropriate. Is it their intention to farm for the foreseeable future? Is the land itself appropriate to farming (i.e., not too rocky, not a cliff, and so forth)?

You have to ask this last question because in many states of the U.S., land zoned agricultural is assessed at a lower rate than land zoned for development, so someone may try to fool you about their intentions or even the appropriateness of agriculture at a particular location. If you are located in one of the states that assigns a low property tax rate to agricultural land, do not assign that agricultural zoning just because Farmer Joe Smith is a guy you like.

In fact, as you are engaging farmers, be sure to ask for their feedback about other properties in the area as well as their own.

Agricultural zoning can be a wonderful tool for communities that are trying to restrain sprawl. One of the causes of urban sprawl, after all, is jumping over exurban farms to allow urban development, in a pattern often called leapfrog development.

Almost inevitably, the spaces between the leapfrog subdivisions get filled in. So an affirmative statement of where you would like to retain agriculture is a great sprawl prevention measure. Sure, zoning is subject to change, but it requires a conscious effort of the community or an applicant.

Incidentally, combining a carefully conceived agricultural zoning classification with a transfer of development rights (TDR) program would be a dream combination for helping to contain sprawl, if your community is sophisticated enough to administer a TDR program without it becoming a major new drain on staff time.

We maintain that agricultural zoning is an asset to the farmer as well.  It affords great protection against the neighbor who recently arrived from suburbia and is offended by barnyard noises, smells, and rhythms of day and night.

Of course for all of these benefits to occur, a community will need a culture of understanding what zoning is and avoiding scare tactics about it. This allows buyers to develop awareness of zoning. To understand the importance of this, look at our answer to a visitor's question about whether family farm zoning should have been revealed.

Of course, allow agriculture and all accessory uses and buildings common to agriculture. The language can be that simple.

However, because people become quite crafty when trying to avoid regulation, you may want to spell out these accessory uses, according to the type of agriculture common in your area. That might include horse barns, tobacco barns, pole barns, hog houses, granaries, and garages for farm implements, but not cucumber processing plants. It all depends on where you live.

Usually in agricultural zoning, you'll want to restrict processing of agricultural products beyond what is necessary to get them to market. It may be, however, that you want to allow certain minimal processing as a conditional use. An example might be small cheese-making operations.

Of course, you should allow one farm house or maybe two farm houses on each parcel. Make the second house on a parcel subject to a review such as a special use permit if you think there is enough demand for and threat of urban development that you need to be careful about allowing that second residence to be added.

Then you also should allow the customary accessory uses for the home itself, including a garage and a shed. You can provide that the second house be occupied only by family members or farm laborers if the community wishes.

You may be able to prohibit options to sell for purposes of an urban use at some point in the future, but be sure to discuss that one with your attorney.

You should require setbacks from other zoning districts for certain agricultural operations, such as chicken houses, or for all of them.  We like requiring setbacks for livestock, but not for crops.

Actually it is the sounds and the smells, which can travel many feet, that often produce the conflicts between agricultural land uses and more residential ones. So assess your area's typical agricultural operations realistically and figure out how and whether to require buffering.

The minimum acreage for a parcel in an agricultural zone should generally be quite large, as large as the smallest legitimate farms in your location. This too will discourage game playing on the part of farmers who would like to sell their land for suburban development.

Of course, just as in any other zoning action, avoid the appearance of spot zoning. This advice could be tricky to implement if urban leapfrog development already is occurring, but do the best job possible of preserving agriculture within contiguous properties.

Especially in cities that have suffered population loss, but actually in many other cities also, people are contemplating urban agriculture. Reasons include a general trend toward more sustainable development practices, a preference for reducing carbon footprint, worries about who has tampered with the food or what chemicals have been used, concern about the quantity of vacant land, or just plain thrift in the wake of a recession.

In cities, it's fine to have an agricultural classification until there is a need for more land to meet the housing needs of an expanded population, but you probably would want to restrict accessory uses considerably more than a rural county might. But it's overkill to change zoning to accommodate someone who wants to start a community garden; see if you can allow a garden under a certain size as of right in all or most residential zoning districts.  If community gardens have become very large in your area, you could require a special use permit before starting a new one.

For a Broader Discussion of Rural Community Issues

Lastly we should differentiate between an agricultural zoning district, which allows agricultural land uses in a zoned county, township, or town where these ag uses already exist, and rural zoning, which means simply that the community itself if rural in character but wishes to have a zoning ordinance to channel growth properly.

For further reading on related topics, check out the pages of our website linked below.