Arts and Economic Development Are Complementary

Reasons behind the current trend toward relating arts and economic development to one another include: 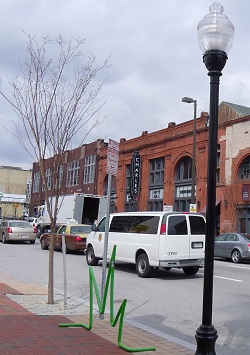 You might be asking yourself about the extent of this supposed relationship between arts and economic development.

The Arts and Economic Prosperity IV report from Americans for the Arts is a carefully researched look at the impact of the arts on the economies of a number of specific U.S. locales.  The linked website also offers an online calculator for guesstimating economic impacts of non-profit arts organizations on communities that did not participate in the study, based on the population of the community.  This report certainly is not all inclusive, but it is potentially quite valuable as a persuasion tool for arts and economic development advocates.

The report found that in its survey of 182 U.S. regions, the arts generated $135.2 billion, divided into $61.1 billion in spending by arts organizations and $74.1 billion in audience spending not including admission costs.  This translates to $24.60 per person for each event, without counting ticket prices, so that means sales for your restaurants predominantly.   Also important to you at the local level, about 32 percent of audiences traveled from outside the county.

How to foster the development of arts and economic development differs based on whether a local government, state government, non-profit, historic preservationist, or developer is driving the program.  In general, incentives tend to include creation of a cultural district (may be called an arts district or recently, an arts and entertainment district), tax credits, and donations of land or vacant buildings.

At other times the program is aimed at individual artists and might include tax credits for those individuals; grants of free space; subsidies for development of new galleries, live-work spaces, or simply artists housing; or ways for artists to claim abandoned or vacant buildings and lots.

Sadly, U.S. federal efforts on arts and economic development are slim to non-existent. The action occurs mostly on the local level, although some state governments are now giving their long-standing arts councils an expanded role in creating economic vigor.  This is different for our growing group of European users, of course!

While all of programs discussed thus far are important, we will concentrate more on three approaches to arts as economic drivers that work with physical space, since this is a community development website first and foremost.  Arts and economic development strategies based on organizing or improving a particular place not only assist in building the economic base, but also result in creating or maintaining vital and interesting districts or even small towns.

Those three approaches with a community development angle include arts trails, arts incubators, and arts districts.  These are discussed in the next two sections.

If you want to include more artists and organizations than the district concept would allow, one way to start is to invent an art trail, implying a linear tour or loop tour more than a walkable rectangular area.

If the underlying organization is sound, a trail approach may work.  Often the trail is mostly a conceptual tool to allow joint marketing brochures and such, rather than any kind of physical infrastructure linking artists and organizations.  (Marker signs would improve the concept.)

An example of this kind of conceptual linkage for purposes of joint promotion is the New  Mexico Fiber Arts Trails.  We emphasized the viability of the sponsoring organization because, for example, the craft heritage trail started by Handmade in America in western North Carolina became an orphan when the Handmade in America organization had to close its doors for lack of funding.

Now let's look briefly at the incubator approach.  One cool project in this category, administered by Midtown Partners, LLC, a Jackson, Mississippi, community development corporation, is called The Hub Midtown.  The Hub consists of two facilities, The Hatch and The Hangar, both of which offer space to start-up creative businesses in former industrial type facilities.  Check out their arts and economic development approach, which is less artsy in its presentation than many, but also really zeroed in on the benefits of a creative economy.

Most mechanics of the incubator would be similar to any other type of economic development incubator, so we refer you to our page on that topic as well.

Using Districts to Develop the Arts and Economic Development Linkage

Arts districts have a long history and often develop organically.  Accelerating that growth purposefully, in part based on an economic motive, is a role communities have embraced with increased enthusiasm recently.

Several state governments in the U.S. are promoting the creation of arts, cultural, and entertainment districts.  States as diverse as Iowa, Colorado, Massachusetts, Kentucky, Texas, and Arkansas have found this worth their while.

Among the best programs we have seen is the state of New Mexico's support for the formation of arts and cultural districts, enacted into law in 2007.  The state helps considerably with funding and technical assistance for start-up planning, but does not fund the ongoing staffing or operations that are absolutely essential.

Their guide for steering committees of arts and cultural districts is very worthwhile for anyone considering establishing such a district.

The New Mexico typology of types of arts and cultural districts is right on point, and includes:

As with most planning on the part of non-profits and governments, clarifying community thinking and public expectations is critical to success.  So decide which type of district or community project makes sense in your environment.

At the local level, cities can and should do more to strategize for and assist arts districts in a comprehensive way.  The City of Seattle has established a good process for designating official arts districts.  Currently there are two official districts.  In an important turn of events, it looks as if the City is willing to help out with a creative place-making toolkit, although it isn't very dynamic yet.  The best idea we saw there was what they call B.A.S.E. (Build ArtSpacE) Certification, which would acknowledge developments that include cultural space, much like the LEED designation recognizes buildings that incorporate great sustainability features.

Lastly, we offer several examples of the arts district approach.  Bloomington Indiana's Bloomington Entertainment & Arts District is situated in their downtown area, near the flagship University of Indiana campus.  This one is tricky.  On the one hand, they do boast a serious contingent of visual and performing arts shops, spaces, and venues.  On the other hand, they try seem to us to be branding almost their entire downtown as the arts and entertainment district.

Not every single parcel of land in an arts district must be devoted to an arts use.  How boring!  But we think that visitors don't really want to comb through listings of elementary schools, farmer's markets, courthouses, and so forth when they are looking for information on an arts district.  Internally, yes, it's important to involve as many stakeholders as possible, but externally it pays to be judicious in what you list as contributing to your arts district.

In terms of over-inclusiveness in marketing, we think Station North Arts and Entertainment District in Baltimore, which we are really rooting for, suffers from a bit of the same issue.  (The photo on this page is Station North in its early stages.)

Granted, sometimes an effort to brand the arts and economic development initiative becomes a re-branding initiative for downtown or some other district with obsolete uses.  For example,  the Bethesda Arts & Entertainment District in Maryland is basically an arts and economic development project of their downtown organization, and the state designated all of downtown as the arts and entertainment district.  To their great credit, by the time you are clicking on Venues on their website, they do seem to have an understanding of what is, and what is not, an arts organization.  So at least a prospective visitor has a succinct listing of the contributing components of the arts district.

Finally, Denver's Art District on Santa Fe is a spectacularly successful and organically grown arts district, with no direct and sustained governmental support.  This area near downtown was really down at the heels, but when artists started buying buildings and talking with one another, eventually getting into creative place-making to improve the neighborhood, great success has come their way.  Now there may be a danger of pricing out the edgier artists, so those artists may start the process somewhere else.  But the Art District on Sante Fe can remain viable and even grow a more robust economy if the current artists in the area continue to work steadfastly on how to keep the area lively.

Dig into some of these examples, or find them in your state or nation. While visual artists and performance organizations are not a panacea for everything wrong with employment, tourism, or old buildings in your community, incorporate cultural tourism and community cultural development into your thinking and work to create positive results from underutilized community assets.

How to Attract Artists to Live and Work in a Neighborhood

Sometimes cities try to offer free or very low cost space to artists who will populate a neighborhood. If land values are quite low, this is practical. In Paducah, Kentucky, the city carried out a smart advertising campaign to bring artists to live in abandoned buildings within a neighborhood.

While that project is encountering some difficulties, allegedly because city services and investments have not been quite as forthcoming as some artists wanted, the model is sound.

Where there are a group of artists, there will be a group of arts-minded or bohemian shoppers, just like Automobile Row or a row of women's clothing stores. The presence of artists as residents also will mean that coffee houses, bars, and inexpensive restaurants are likely to spring up. Expect an impromptu streetscape project, a wall mural, or a flash mob of some sort. Maybe even some graffiti art that townspeople will disagree with.

Often it is wise to have a longer-range plan when you create an arts-dependent community development project, or when one accidentally starts up without your being purposeful. This plan should address questions such as potential alternative locations if artists are priced out, either for studio space or living space, or both.

In addition, we suggest that you discuss the following questions:

Next Steps in the Arts as a Community Development Tool

Finding and Describing Your Community Assets