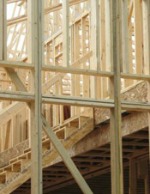 A building code can help keep your home, workplace, and shopping and entertainment spaces safe. This type of local law helps protect you, family, friends, and guests from fire, fire damage, collapse of the structure, damage from wind, tornadoes, hurricanes, wildfires, earthquakes, and other unforeseen events.

A building code is a law that sets standards for the construction of new buildings. Most municipalities adopt a model code developed by large committees of government and private sector experts for the International Code Council.

Such laws also protect future purchasers of your home, who may not be as smart about construction methods as you.

The advantages of building safely extend to your neighbors as well as to anyone who visits your property.


It is silly for some communities to ignore the benefits and necessity of such a law, even if they have a libertarian culture. Some rural communities in particular feel that there is no need for such a code, since they reason that most people have enough common sense not to build something that becomes a safety hazard. However, that same rural common sense will tell you that there is always some property owner who is too stubborn to learn about good construction methods. The purpose of a building code is to protect against poor quality buildings that later will cause a problem.

Note that this type of law pertains only to new construction, which includes additions to a building. Property maintenance codes for commercial structures and rehabilitation codes, which govern standards for remodeling, are completely different issues.

The suggested code itself is published as a book, and the municipality simply adopts an ordinance referring to its name, publisher, and date, and spells out any changes or exceptions they want to make on a local basis. Note that sometimes the code date is significant, as a city or town might feel that an older edition of the code better suits local conditions.

Topics include electrical wiring, plumbing, heating and cooling systems, structural support for the building and roof, and provision of doors and windows.

In many places it is customary to refer to the building code, electrical code, mechanical code, and plumbing code as separate codes. That's perfectly logical and actually more precise, since the local adopting ordinances may refer to separate code books.

Local governments tend to follow the international code organizations in their division of topics. There's some overlap among the various codes. If you think what we say here is confusing, try charting out the subjects covered in each of the standard codes that are popular today.

Internationally we've seen the importance of a building code. In Haiti the earthquake damage far exceeded the losses that structures built to a typical U.S. code might have sustained.

In fact, some places that are subject to frequent earthquakes have pioneered seismic codes, or at least added provisions recognizing this particular known hazard. As climate change impacts are felt increasingly, codes written by experts in their fields can help local communities try to stay one step ahead of the impacts of extreme weather on built structures.

The public now is beginning to understand that besides an expensive energy bill to the consumer, excess energy consumption on the part of our society perhaps is contributing to global climate change.

The law will give the town or city an obligation to require a building permit that will be issued based on drawings and plans that appear to comply with the code. The degree of sophistication required for obtaining a building permit varies widely from one jurisdiction to another.

Many governments that are strict about an entire home may allow a homeowner-prepared sketch of a proposed porch addition.  Others may require everything to be sealed by an engineer or architect.

With code adoption the city also takes on the obligation to inspect work as it is being completed so that conformity with the law is agreed to by the municipality before the work is covered up by the exterior of the building.

Local customs again will differ considerably; don't expect that this means that an inspector is on the job at all times. A typical approach is to set up milestones for when the inspections should occur, and usually rather than the inspector just dropping by, the contractor or property owner must call for an inspection appointment.

Unlike land use zoning, these laws have been in existence for hundreds or thousands of years in some form. The self-trained architect Thomas Jefferson was quite interested in them.

Why Is There a Fee for a Building Permit?

Building code administration typically is supported by charging fees for a building permit. This is the source of most of the opposition you might encounter if you try to introduce building codes where none have existed before.

Some see the fee as a drag on the local economy and its growth.

The reality is that most municipal fees don't cover the actual cost of a building official reviewing the plans, the inspector's time and vehicle mileage, and the paperwork processing and answering of questions. Of course there are always a few exceptions to that generalization, as a few municipalities desperate for revenue raise every conceivable fee. Sometimes too municipalities charge impact fees related to the cost of infrastructure, and people may confuse what are often thousands of dollars in impact fees with the charge for the building permit itself.

In 2008 there was a move to pass a federal law providing a block grant structure to local governments for the administration of these laws, but that went nowhere, and we aren't predicting its return.

One argument to consider is that as code organizations will tell you, the codes themselves keep building costs down because of the tendency of the construction industry to standardize dimensions and products in line with the codes. Standardization means lower cost.

How Rural Areas Benefit from a Building Code

As we noted above, rural communities often resist the idea of a building code. This is complete folly. Deck collapses, roofs that are unnecessarily vulnerable to storms, fires started by faulty wiring, and unsanitary plumbing conditions are the possible result.

I love small towns, but I'd like one that feels that they're subject to the same laws of gravity as the rest of the world. I can do without the bathtub falling into the basement.

The groups that adopt the international building codes aren't governments, although the most knowledgeable and respected local government officials participate, along with engineers and other professionals. Just being a libertarian doesn't seem like a good excuse for ignoring such an important safety measure.

In fact, the smaller the location, the more likely it is that they need to adopt a standard code and contract with someone to enforce it.

Otherwise one or two dominant builders in town who produce an inexpensive product but lack structural understanding could cause really unnecessary damage to property or people. In the long run, property values stagnate or actually decline as poorly constructed buildings age.

So you can argue with your local government about how much it should cost to obtain a building permit, but it's self-defeating to oppose adopting a building code.