Confronting the Causes of Urban Sprawl 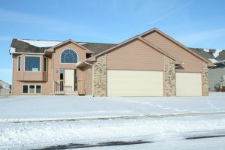 Causes of urban sprawl include:

Our experience as planners has been that different metropolitan areas each exhibit a unique mix of these factors, but we have yet to work in metros where all nine of these causes are not in play to some extent.

In some cities, a shortage of moderately priced and low-cost housing encourages buyers to look further and further out into suburbs and rural areas. Some places have such high real estate taxes and housing prices toward the center of the city that lower-cost alternatives in suburban areas are needed to match income capabilities.


Sometimes building, zoning, and historic regulations become so burdensome that many consumers with a more libertarian streak will look outside the city limits. In still other cases, the reality or the perception of high crime rates and a high incidence of nuisance properties and behaviors drive individuals and households to seek peace and quiet in what they perceive to be a more idyllic location.

A key point is that the square footage in a typical new home has grown enormously since World War II. The recent round of really big new homes reflect the wish for luxurious master bedroom suites, large closets, "get away" space for the man of the house, extra bathrooms, home theaters or exercise rooms, and a great room adjacent to the kitchen in addition to the formal living room. There's also the desire for three- and four-car garages.

Some of you will object that recently tiny houses have become trendy, but we see that little blip on the screen rapidly fading.

This general demand for a large quantity of very big houses led to new developments, often on the periphery of the urbanized area. New subdivisions often aggravate the causes of urban sprawl further by inspiring a similar project from competitors.

Our unwillingness to put up with the decision-making and trade-offs required for housing renovation to current tastes, coupled with the lack of patience to wait a few months while this rehabilitation occurs, has made new housing feel essential to many families.

Maybe one of the causes of urban sprawl is that we aren't mastering interpersonal communication and tolerance for diversity. We say this only partly in jest.

On this website, we're willing to admit that the urbanized area could expand proportionately in the event of population growth. So in areas that actually are attracting new residents, new housing can be built. Care should be taken to assure that the inner core and inner suburbs are in terrific repair and current for today's market before allowing growth at the periphery.

Developers create housing because that's what they do, and it's easiest to make a predictable profit when starting with a blank slate. Of course another part of the puzzle is that often neighbor opposition makes development at a profitable density nearly impossible in the already-built-up parts of the city. So without venturing over too much into a discussion of the solutions to urban sprawl right here, let's say that a YIMBY (yes, in my back yard) movement equal in strength of the various NIMBY (not in my back yard) movements is important.

So a cause of sprawl is a government too that's too spineless to say, "We don't need any more new housing right now.  What we need is for the building trades to embrace housing rehabilitation, recycling older buildings to meet the demands and needs of today's families."

That's easier said than done in most metropolitan areas, simply because of governmental fragmentation. If there are many suburbs with separate governments, plus a central city with no power over its suburbs' land use planning decisions, the negatively affected governments can't regulate the area where the problem lies!

So this is why we say the causes of urban sprawl are a regional governance issue, and one to be tackled by both governments and activists at the regional level.

A severe regional problem aggravating the causes of urban sprawl is the lack of coordination in many cities about where major shopping districts and employment centers may be placed. Shopping malls tend to compete to be the newest and therefore the one with the most buzz, without regard to whether the next closest center will be forced into a major slump.

The formula is to request public subsidy in the form of tax increment financing or whatever is popular in your area, remodel, bring in a few stores that haven't been seen in the area before, make some stores more glamorous and outrageously pro-consumption, sponsor a huge media blitz, and try to dominate for a few years.

Then let things run on auto-pilot until it begins to look dowdy again, until the tax code changes in a way that is advantageous, or until someone does the same thing to you that you did to the adjacent mall.

The fact is that very few metropolitan regions and states exert any control over this shopping center redevelopment process whatsoever, and in fact the state highway departments usually fall all over themselves trying to accommodate the extra traffic, providing the new mall subsidizes those improvements.

The same thing happens on a less glitzy basis in terms of employment centers. Office towers and complexes too are in fierce competition with one another, and try to outdo one another in glass frontage, immaculate landscaping but minimal natural landscape, and proximity to appropriate restaurants.

But there is no provision for whether the construction of a new complex will steal enough tenants from the older one nearby to make the older office buildings start to become a community problem and eventually face excess vacancy.

Builders argue this is democracy, about 98% of the citizens think this is "just the way things are," and a small number of us are left to scratch our heads and ask why this kind of thing is allowed to go on.

Just as with residential development, we think it isn't a substantial inhibition of a developer's freedom to suggest that he has to rehabilitate older office buildings rather than build new ones.

Merely because rehab is more of a challenge, there is no reason to think it's somehow inferior to new construction.

The argument frequently is made that new construction is actually less costly than rehabilitation. That depends widely on conditions, of course, but let's just say that it's true in a particular situation.

The problem with this logic is that it isn't taking into account the public sector and utility costs, as well as the private transportation costs over the life cycle of the building. If those items were accounted for, we would see that it's way too expensive to build new buildings on the edge of the urban area!

When We Don't Want to Live in Community

It's time to be a bit serious about the fact that some of us just want to bowl alone, as the Robert Bellah book title would have it. We really want to live like we're in the country, where we can do what we please, but we want to have all the amenities an urban salary can bring us.

So if you're really a country person wanting to earn an urban income, what you do is find yourself a single-family home on as large a lot as you can afford, fence that three-acre lot off from everyone, and come home every night, park the SUV in the garage, and refuse to be neighborly. That's one of the sociological causes of urban sprawl, don't you think?

A similar related factor may be simple racism. Where I live, it's alive and well. We want to get the heck as far away from where there are very many people of a different color.

Since race still is associated with poverty in the U.S., part of it just may be anti-poverty prejudice as well. Nevertheless, white flight has been among the causes of urban sprawl, I'm afraid.

Why Can't We Have Smart Growth?

This summary of the causes of urban sprawl should be short and sweet, because just a few reasons account for the apparent popularity of sprawl:

2. In most urban areas, no single governmental entity, public interest private group, or coalition is strong enough to stand up to real estate developers to tell them that they are not allowed to make a new housing development, shopping center, or employment center until all of the existing stock has been refurbished to meet today's needs and is occupied.

3. We don't want to be around people who are different, ethnically, sociologically, or economically. We are sorting ourselves into geographic groupings of sameness to a degree unprecedented in U.S. history.

We can't address these causes of urban sprawl successfully until we have a great public educational campaign and outstanding coalition building, as detailed in urban sprawl solutions page.

Read More To Deepen Understanding About This Issue