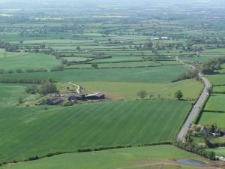 A charrette consists of planning workshops within a tight time frame to allow designers and members of the affected public an opportunity to work together either to plan a particular site or a group of land parcels, or to outline a future development plan for a neighborhood or a city.

The workshop itself is usually accomplished over the course of a weekend, a few consecutive days, or sometimes scattered dates spread out over two weeks.

However, the preparation for a successful decision-making event is quite work intensive, involving collecting relevant information, designing goals and objectives to be met by the final charrette drawing and report, and determining a work program that details the decisions to be made.


The term and concept are borrowed from architecture, and the original idea was that a short, intense burst of energy (often involving all-nighters) would produce one or more solutions to energize a public decision-making process or a design proposal from the private sector.

My first charrette required an all-weekend commitment, an announced intention not to waste any time sleeping, and working in an empty building with no heat. Over the last 30 years or so, the process has moved away from such marathons, at least for most ordinary participants.

Sometimes now it is the facilitators who must be prepared for late-night work!  Refining visual concepts and arguing about how to present them can be time-consuming.

Occasionally only design professionals are involved, and the technique is used to expedite the work of teams of people who otherwise might be multi-tasking or who are not accustomed to working together.

This would be about the only instance when a charrette would be appropriate for working out complete technical and financial details. Nonetheless, the event should be considered the forum in which very difficult and principled decisions, which would be controversial if played out in public meetings, can be reached.

Since charrettes now have been adapted to city planning, and often include broad community engagement, if only in the form of a general invitation to attend a final presentation, they also have become considerably more diverse in their length, detail, and format.

For a site-specific workshop, deal with the critical determinants of how the site interacts with the wider community. These probably should include at least the following:

We think it's much more difficult to apply charrette methodology to an entire metropolitan area than to a specific local area plan. The exception to this generalization is when the city or metro area is grappling with overall transportation and land use policy, and needs the structured and intense environment of a charrette to get all parties to consider what they really want.  Typically though the desired comprehensive plan contents are so vast that a charrette methodology is useless in devising a new master plan.

What Happens at a Charrette

Often a city planning consultant or an architect leads the charrette (which also may be written correctly as charette).

If you have a very small budget or no budget, choose an able facilitator or someone knowledgeable about the key issues, but not directly involved. A respected leader from a nearby town can work.

To be successful, it's essential to give people the same initial information, usually a handout describing existing conditions, legal considerations, and any limits that the event sponsor or government wishes to impose.

For example, constraints could be zoning, deed restrictions, floodplains, needs of a proposed user of the property, cost, or simply the desires of the sponsoring organization.  This information might even be distributed in advance, although usually it is not.

Typically participants begin with an introductory presentation of the basic information and ground rules. If participants are already very familiar with the problem at hand, you can let people come in whenever they want and drop in on conversations.

After the introduction, often the participants break into small groups voluntarily or by assignment. They may be working on different aspects of the issue, or developing independent ideas or solutions that then will be reported to the entire group.

One of the traditions of charrettes is that people are asked not to backtrack and change their minds, but to keep pressing forward toward new and ever more appropriate solutions.

Like most rules of thumb, this idea of not revisiting earlier decisions has some utility. Our opinion is that this works best in finding innovative architectural solutions, and not as well when trying to find a middle ground among well-entrenched political and social positions of the people who will be the decision makers.

A representative of each group often is asked to draw and/or express their conclusions visually.

In fact, many if not most practitioners would say there is no such thing as a charrette without a drawing, or set of drawings, that are the primary outcome to memorialize the results of the event.

We'll go along with that; the visual record is important.

We think a written report and an electronic presentation should be prepared as well, as these can capture aspects of the discussion that the designer who draws for the group cannot incorporate without an impossible level of busyness to the drawings.

Process and Format for the Planning Workshop

The process I like best is the three or four day event where close neighbors of a prospective development are invited to participate each evening, and during the day a design team works to draw up, vette, and incorporate the community engagement record from the previous evening.

Obviously this is aimed at a small group of seriously interested folks, but it also can work when there is a fairly large neighborhood to be impacted by an institutional land use, say a new community college. The neighbors then somewhat take turns in attending the evening event.

Taking a weekend for this activity works well also, although it's increasingly difficult to obtain public commitment to attend and participate. Two consecutive Saturday mornings often are better attended than a weekend event.

The purists would argue that this isn't nearly long enough to produce significant results. We agree that the results will be exponentially better if the event is longer. Partly this is true simply because we humans require time for small talk and getting acquainted before we get down to serious and possibly contentious business.

This technique works also, incidentally, when two different governments or a government and a university, major utility, railroad, or other large player need to iron out a plan for property in which they both have an interest.

You may then plan about three or more sessions two weeks apart, perhaps from 4-6 pm. In the intervening weeks, the designers draw options and/or refine plans based on the previous discussion.

Your charrette should be as brief as feasible for arriving at a solution that will galvanize public support and help insulate elected officials against decisions that, if made in a vacuum, might be unpopular.

For more information, consult the National Charrette Institute. A final piece of advice is to assure that your planner or consultant has experience in this method. In addition you need someone who feels comfortable with dealing with logistics such as meals, or else you will need to find a good event planner among your stakeholder group.

More Pages That Might Help You Think About Your Charrette