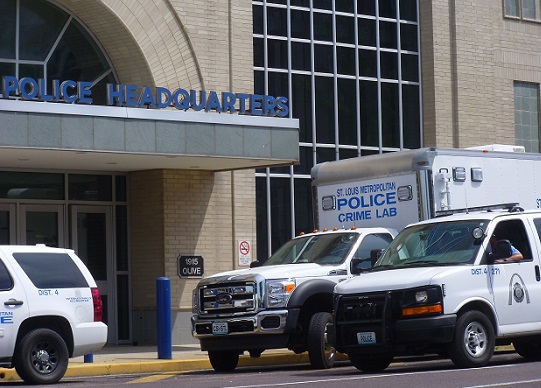 Civilian oversight or review boards or panels often are promoted as a means to make sure that local police are treating residents and visitors fairly and respectfully. On this page we will help you focus on good questions to ask about whether this approach is right for your community.

By civilian oversight, we mean a formal process by which independent residents not involved in law enforcement are charged with review of police performance in general or a specific decision or action.

On the face of it, we almost never argue with the premise that more transparency into government and civic affairs is better than less transparency. Right up front, we will say that generally we think well-executed civilian oversight panels are a positive step, particularly when a community has endured one or more significant controversies over whether cops on the beat have acted appropriately.


More often than not, a civilian oversight board functions year-round, with its agenda load fluctuating from light to heavy depending on events. Occasionally cities have put in place a process for appointing or convening a board only if a specific type of incident or a controversial event has occurred.

Usually agendas are comprised of responding to specific written complaints. Occasionally we hear about an oversight board that acts more like an auditor, reviewing police departments' own internal investigations at a high conceptual level.

Some boards really dig into details to conduct what amounts to an independent investigation of an event, disregarding the official police version but of course having to use the same information sources. This type of board needs funding and staffing; often these groups are given subpoena power to assure police and public cooperation. Other panels respond in a more general manner, and only when some faction of the community or the policing system is dissatisfied with the results of an internal investigation.

But just like any appointed board, details of the selection, qualifications, and training of the specific board members make all the difference between a board that enhances civic performance as compared to one that takes irrational positions, causes trouble for well-meaning and generally well-performing city staff, or stirs up controversy rather than helping to resolve it.

If you glance back at our third paragraph above, you will see that our experience as community planners leads us to back a "well-executed" civilian oversight board. The quality of that execution is critical.

How Civilian Oversight Relates to Crime Prevention and Community Development

Before we give you a few specific suggestions, it is important to think for a moment about where civilian oversight, also called civilian review, fits into the overall picture in crime prevention. We think the positive feedback loop runs as follows:

1. A well-balanced and wise civilian oversight board was in place and functioning before an incident involving police shooting an unarmed person occurred. Because such incidents are automatically referred to the civilian oversight board, and because the public already has confidence in this board to make wise decisions, chaotic and violent protests attracting out-of-town protesters and anarchists may be minimized.

2. The public gains confidence that eventually police who abuse their power and privilege will be brought to justice, that police departments are something more than a conspiracy of silence among the brotherhood, and that the community can deal with ambiguous situations in which police officers made a questionable choice or merely one that turned out in the worst possible way.

3. Increased public trust in police then results in greater cooperation with police, a disintegration of the "no snitch" culture in some neighborhoods, more witnesses coming forward, and lower suspicion of the criminal justice system as a whole.

4. A culture of more cooperative and forthcoming witnesses lead to more arrests and punishment of offenders, taking these people off the streets before they can commit another crime. Thus we have some real crime prevention.

In addition to simply an improvement in quality and quantity of life, crime prevention is often critical to community development efforts. When crime is low enough that people routinely discount an isolated crime as an anomaly not typical of the neighborhood, all is well from a community development perspective. But once crime becomes frequent enough that a particular neighborhood becomes perceived as crime-ridden, everything from retail attraction to property values to demand for housing begins to follow a downward trajectory.

One of the first steps for a community wishing to develop a civilian oversight function is to  agree on exactly what they would like to accomplish. Is the purpose to defuse highly emotional situations in which police misconduct is alleged, or is this a more inward-looking effort at quality control?  Is increasing trust in law enforcement a major goal, and if so, what degree of oversight and transparency will the public need in order to be convinced that police are being held accountable?

The latter is not a trivial question, and we suggest that a city hold some public meetings to tease out the real answer before investing any dollars in civilian oversight. It's better to start out with  the right balance among independent investigation, review of internal investigation upon appeal, and auditing the internal investigations to spot patterns. An answer to what it will take to improve trust in policing also will indicate to a community how much investment in ongoing community engagement, public forums, and reporting will be necessary to accomplish the goal.

General answers to these questions will lead to development of a budget. Usually review board members serve without any compensation, just like members of other city boards and commissions. Expenses instead relate to staffing and possibly to meetings, annual reports, and the like.

Although every community has to balance all kinds of disparate needs with available revenues, we would urge cities not to underfund the civilian oversight board, given city goals for the program. It might be better not to have any civilian review than to aggravate community distrust further by making a display of appointing a civilian oversight commission and then not giving them enough money to meet their charge.

The city needs to spend the money to establish the review body in a separate location and with its own support staff, or else risk that all the money and effort that goes into establishing the board won't do much to move the needle toward more trust in law enforcement.

We also think that the civilian oversight board needs to report to the city or county manager rather than to any police entity. If police chief action is called for, let the city manager or mayor's office pursue that issue.

Lastly, when these decisions have been made, it is critical to appoint the right people to the civilian oversight board. First and foremost, people appointed to this board have to be perceived as completely independent from the police system in order to have credibility. Former police, their spouses and relatives, and for that matter, current or former anti-police activists cannot be perceived as objective. Neither can politicians or former elected officials who have taken active stances on police work. Attorneys are tricky appointments too, especially if their firm practices any criminal law.

To be independent, though, board members need a professional background that requires analytical skills, critical thinking, an eye for detail, an understanding of human nature, and plenty of backbone. It is also very helpful if they are known and respected in the community, and can be seen as someone who already has a good reputation and not someone who is interested in building one.

Our experience has been that a couple of good appointments of respected people with no axe to grind is essential. Of course, the trick here is to find those revered leaders who also will devote the necessary time and energy to the oversight board, since by nature many of these boards or commissions involve short but intense bursts of energy when there is an incident requiring investigation.

It also would be very helpful if board members could receive their required orientation from outside experts not affiliated with the local police department. A local university professor might be available to fill this role, but each city will have to check out resources for board member training on its own. Looking elsewhere in the state for consultants can be helpful.

In closing, we have to say that although we support civilian oversight boards, we wish they were not necessary. We would hope that residents trust their police departments to correct and discipline themselves as needed.  However, trust has been so corroded in most major cities and in many medium-sized and small cities that it's time to be pragmatic and to try to shine a light on what really happens in today's policing.