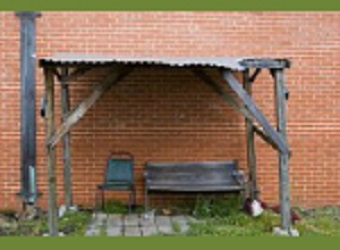 Community poverty makes it hard to maintain an attractive neighborhood and community, complete with grocery stores, pharmacies, sandwich shops, and other basic retail.

It seems to be out of fashion to talk about poverty or low-income  neighborhoods, but it's a conversation we desperately need to have. We need to stop pretending it's not the single determining factor in some neighborhoods from the most rural to the most urban, and everything in between.

Suburbanization of poverty should replace our outmoded stereotypes of all poor people living in urban areas.  The largest cities and the most rural areas continue to have substantial populations of people who are not able to meet basic needs, but the suburbs could and should become less complacent about what is happening in their midst.


So it is time that we start being serious about eliminating both situational poverty of individuals and the systems in our cities and towns that lead to entire neighborhoods composed mostly of economically disadvantaged people. This phenomenon results in a lack of role models in how to build enough wealth to have economic security. Of course, it also causes the loss of businesses that provide essential goods and services. This downward spiral then contributes to decreases in housing value, which then causes a rational homeowner to minimize reinvestment in his or her property. (For more on this angle, see our page on housing decline.)

In a metropolitan area, the wealthier suburbs often contribute greatly to the community poverty mentality and reality in other suburbs. We think this is a losing proposition for middle-class and upper middle-class areas.

In the next section we explain why.

If you run a firm with 10 employees, and one doesn't contribute, you get rid of the non-contributing member. Or if you're in a situation where you can't fire them, because of legal difficulties or your own timidity, you try your best to make them a productive member of the team. I know; I've been there. You maneuver them into this nook and cranny of the business, and then that one, until you find some way that they are pulling their weight.

And why would we think that the non-producing part of our community would be any different?

If you are an elected official, you may think a little distressed area of community poverty is well hidden, but the bad news is that rail, planes, transit, and highways all display community poverty quite well. Your local television news or Internet maps will blow your cover. So it won't go away. A uniformly low-income neighborhood is the least likely of urban or community problems to heal itself.

Individual families and individuals do lift themselves out of poverty, through hard work, a little luck, and education. Tools such as individual development accounts are helpful solutions for particular youth, immigrants, and households. (This is a U.S.-originated program but one that should be imitated widely.) But community poverty area does not improve spontaneously.

A few areas in the U.S. might make it over the crest of the hill through dedicated and skilled professionals effectively targeting federal, state, and local programs into a particular area. Almost every county in the U.S. is part of a community action agency, which is a private organization (with public official representation) charged with fighting community poverty.

Occasionally a single new employer will lift the tide. But mostly it takes difficult, detailed, block by block community development and intense effort with individuals to overcome poverty, and not merely relocate it to another area of low-income neighborhood.

The Role of Racial and Ethnic Segregation in Poverty

Research now shows that the income disparities and wealth disparities between majority and minority households continues to hold true as a generalization.

Discrimination still certainly exists, but even more importantly, the systems by which homes are appraised and mortgages are initiated create an intergenerational tendency toward modest incomes or outright poverty.

To those who say that the answer to minority poverty is getting a better job, it is necessary to point out that racial segregation in residential areas and in the social arena separates African-American and Hispanic households from the best schools, the social networks by which we hear about employment, and the variety of job opportunities that are necessary to begin on a low rung of the ladder and have a better opportunity waiting for you in a couple of years

Inclusive communities help people of all races to lose their stereotypes and to be more willing to interact with other racial and ethnic groups in the workplace.

They also help children, young adults, and adults learn how to adapt to differences in the workplace and at school without necessarily having to lose important elements of ethnic identity. Inclusive zoning, in which zoning ordinances consciously aim at providing a variety of housing types and prices, can promote integration.

So civic and community leaders, continue to work to promote an inclusive multi-ethnic residential environment and inter-group understanding. In metropolitan areas with high proportions of immigrants and refugees, encourage your folks to learn something about the other cultures and to integrate the newcomers into the mainstream culture as soon as possible.

Usually we eliminate community poverty only when we reduce isolation and increase opportunities for interaction among economic groups.

Our emphasis on community poverty doesn't mean that we think systemic racism is the main reason people are in poverty. Individual factors vary hugely, but certainly these are some explanatory elements, including:

Community Support for Individuals in Poverty

Your community at large can and should provide a number of types of assistance to individuals in poverty, including:

Reviewing Why Worry About Community Poverty

At the bottom of the page, we just want to summarize why we think it is critical that whether you are left-wing or right-wing or clueless, you need to think about poverty in your community.

Instead of blaming the poor person for being lazy or stupid, just think of every household that does not make enough money as a household that is not producing enough income for the community as a whole.  Part of your job as a community leader is to work on poverty issues if they are prevalent where you live.

The successful nations are the ones that figure out how to make a very high percentage of their citizens productive in making something someone else in the world wants to buy.

After a career of working with poverty issues in one way or another, I can tell you that having a concentration of poverty does not improve human life. It holds back our world. See the important books of Jeffrey Sachs, The End of Poverty, and Thomas Friedman, Hot, Flat and Crowded 2.0, in this regard.

The lack of community economic development is such an impediment to forgotten neighborhoods. A good U.S. book for those who would like to take action is Community Economic Development Handbook: Strategies and Tools to Revitalize Your Neighborhood.

Wake up, U.S. and other countries that tolerate too much poverty!

This page became so long and there were so many important ideas to express and illustrate that we've now made another page to talk about the concentration of poverty into relatively few neighborhoods, and a second to discuss what to do about those neighborhoods. Please keep reading, as many people really appreciate these pages.

For Further Reading About Neighborhood Dynamics