Recently two of our website visitors asked us for some ideas for sister cities. The town where one resides has recently signed an agreement to pair with a European town of similar size, and after the initial fun of making the announcement, he was perplexed as to what actually to do with or about this new relationship.

We've had a little experience with sister cities and are glad to help.

Stepping back for a moment for the benefit of those who may not be aware of this program, we will describe it briefly. A U.S.-based agency, Sister Cities International, helps cities (or for that matter, counties or states as well) find a willing partner outside of the U.S., but each city forms their own organization according to their own preferences.

When a sister city is located, the two cities sign an agreement, and the relationship becomes official. But there are no particular rules about the structure, activities, or conduct of the partners, so as you can imagine, there are many variations on what these relationships look like. Thus, our site visitor was confused about what to do next.

Our observation is that U.S. mayors often spearhead the formation of the local organization, pretty typically involving other local entities including chambers of commerce, universities, or large non-profits that are interested. Motivations may be anything from international friendship to business, educational, or recreational travel opportunities. Usually, a nonprofit corporation is formed, and often this occurs even before exploring the options for sister cities.

Like other community organizations, the personal experiences and interests of the individuals involved often dictate both the selection process and the generation of ideas for what the sister cities will do.  In case this does not occur, or for situations in which the participants want to consider a broader array of potential projects, we decided to make a list of ideas for sister cities. Below we are sharing some current thoughts. 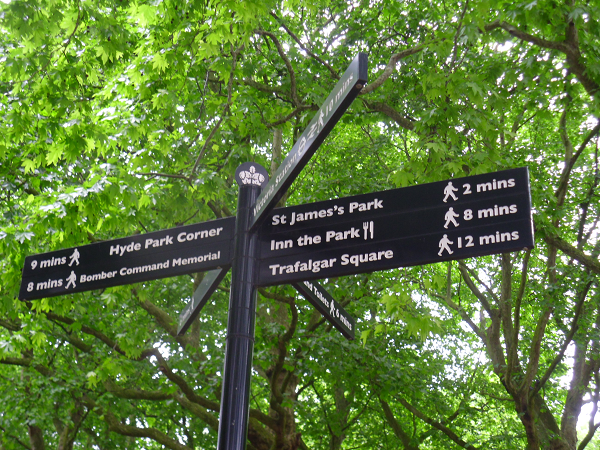 For those of you with multiple sister cities, be inventive with direction signs. Typically these show mileage to your twin towns, but you can use this sign type to demonstrate anything, as this example shows. You will need something at the top of the signpost pointing out why you are calling out these particular places. 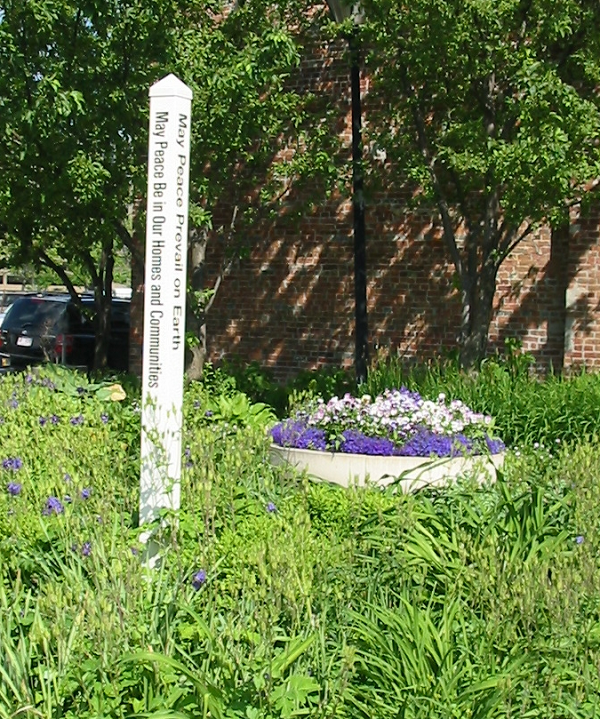 Or maybe you need to send a message about peace in your first sister city sign.

1. In most cases the obvious first step will be for the leaders in each city to exchange visits. While videos, still photography, and written publications set the stage, there is usually no good substitute for meeting face to face, and for actually walking down streets, touring plants, and visiting museums and outstanding natural features together.

Experiencing together the climate, everyday pace, food, transportation, and local attitudes will set the stage for more realistic and productive conversations and activities later. Organize a simple welcoming event for the tired travelers and then leave them alone to rest up. Then embark on the agreed-upon tours for a day or two days at the most. Conclude with a conversation about what each group has learned and the implications of those ah-ha moments on their ideas for sister cities projects.

2. If the conversation among the leaders of the respective cities' organizations has been rather robust, including some face-to-face video calls and the like, you might want to jump right into each city inviting some business or civic leaders who had not been involved in sister cities to date to join a trip to the other city.

We have seen groups as large as 45 or so travel successfully to the other city.  This requires more serious advance deliberation about exactly what to see in the destination city and more definition of expected or desired outcomes. Larger delegation typically require longer trips and may take on a more substantial recreational component than a smaller leader-to-leader type of trip. Logistic complications multiply as group size increases, but just make sure you allow adequate planning time if this makes sense in your own case.

3. Identify one product manufactured, invented, or crafted in each location that is suitable for export to the other city. If more than one opportunity seems viable as you investigate this, of course arrange to trade all of the products for which a market exists in the other city. Yet do not get bogged down in figuring out all possible products or services to sell to the sister city. Leave some options available for future exploration.

4. When exchanges of ideas, visits, and initiatives based on business are not practical or are considered of less importance than cultural exchange, begin your exploration with ideas for projects based on arts and culture. Invite the leaders of all the arts-based organizations in each city to come together to research their counterparts in the other city and then brainstorm potential projects together.

Alternatively, if you don't have momentum yet on the selection of a sister city, invite the arts organization leaders to make suggestions on cities around the world that are truly outstanding in their own fields. What a great networking opportunity for your arts leadership!

The arts and culture emphasis is especially helpful when political relationships between the two countries are strained, or when there is some reason for residents of one nation to be suspicious of citizens of the other. This can allow you to sidestep geopolitical dynamics entirely if you wish.

One pair of cities that we worked with had a lot of fun learning about the historical reasons that their cities had the same name.

Other historical parallels can form a good basis for international friendship as well. If the shared history lies within the memories of living persons, an oral history project can kick off a great relationship.

5. Another angle on ideas for sister cities projects could be mutual assistance in problem solving. For example, you might choose a sister city partially on the basis of a shared situation. Maybe both cities are declining in population and influence, and could be considered shrinking cities. Perhaps your city has the opposite problem, and is facing explosive population growth without the housing and other resources necessary to keep city systems in balance.

Other problems common around the world may mean that cities can learn from one another about dealing with a shortage of affordable housing, panhandling, homelessness, labor or social unrest, or lack of infrastructure or obsolete infrastructure. If you have a municipal problem, research where in the world others have found solutions.

Still other relationships might be formed on the basis of common sea level rise, earthquake or hurricane recovery challenges, need or desire to expand walking and cycling as opposed to vehicular traffic, interest in smart cities technology or energy source transformation, or common ancestry.

You may have much to learn from one another about how another similarly situated city has addressed this issue.

Almost any page of our website might inform a sister city pairing somewhere. To understand everything that is available, either use the search box at the top of almost every page or use the Sitemap, which is accessed from this website's navigation.

Below we are showing links to what we think might be the most likely sources of city exchange information, but there are many other possibilities.