Incentive Zoning as a Tool for Public Purposes 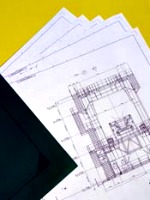 Generally speaking, incentive zoning is a provision of a municipal zoning ordinance that allows developers to create a higher density in return for providing some feature considered to be in the public interest. Usually this higher density is expressed as more housing units per acre, or maybe an extra floor of height in the case of office buildings, as examples. This extra revenue-generating capability for a development often is called a density bonus.

New York City may have pioneered this technique in its 1961 zoning ordinance revision, when it allowed extra floor area in office buildings in return for developers creating public plazas around the base of these buildings.

This tower in the park theory now is largely discredited, but the technique lingers and has become ever more versatile. It might work in your community.

The density bonus under incentive zoning might be awarded if a developer provides affordable housing, granny flats or other accessory dwelling units, additional open space, public art, street lighting, contribution to a fund for a new bridge or school, or some other desirable public amenity. This tool also could be used to promote mixed use development, work-at-home units, or a transit connector.

Maybe a trail or scenic view protection measures or a waterfront amenity need to be developed, but a cash-strapped public sector can't afford it. If a number of properties could benefit directly from the amenity, then it may be feasible to add an incentive zoning feature to the appropriate district or districts set forth in the zoning ordinance. Of course the problem with this approach is that all of the properties benefiting may not be zoned in the same way. In this case, probably another technique will be better suited to financing the public improvements you envision, lest you make your zoning ordinance a nightmare of complexity.

You also could try to protect agricultural land through density bonuses, although here some sharp planning student might observe that another technique called transfer of development rights might be more appropriate. Orlando even considered using reduction of impact fees and administrative review times as incentives to produce mixed use developments reflecting new urbanist principles.

Incentive zoning could apply to either residential or non-residential districts. It can be applied to all of the zoning district (which means wherever a particular zoning classification has been imposed, whether or not the land parcels adjoin one another), or the incentive could be part of a zoning overlay.

In other words, the incentive zone may be thought of as an overlay district. If you don't know the definition of an overlay district, think of it as a mapped area where a specific set of additional regulations (which may be less or more strict than the rules applied elsewhere in the zoning district) are applied to the usual zoning classification regulations in effect.

If you use a zoning overlay to offer incentive zoning, keep in mind that the overlay doesn't in and of itself change the permitted land uses. This means you would need to contemplate carefully the underlying zoning also. If you're trying to encourage a mixed use development by adding some neighborhood commercial to a housing development, you'll have to be careful to modify permitted use language either in the overlay district or the basic zoning district regulations.


First and foremost, the incentive must be structured so that it will be effective. It will do no good until a developer steps forward to take advantage of it. Yes, builders want greater density and sometimes greater building height, because these measures deliver the potential for more profit on the same piece of property. However, it takes a lot of incentive for some developers to want to incorporate low-income or affordable housing into their development.

Incentive zoning will only produce a public good if the market can absorb the increased density happily. So don't choose an area where the neighbors will be highly opposed, or where high-rise buildings have gone begging for tenants in the recent past.

You want developers to build something that actually will be occupied and prosperous, so don't be self-defeating in granting the incentive zoning. And obviously you don't want to overload the area's infrastructure.

After careful investigation into both public needs and the likely private market for greater density, draw the boundaries for your overlay zoning district, name it, and draw up the pertinent regulations. The incentive (that is, the extra density, height, or floor area ratio) should be spelled out specifically, and your ordinance amendment should say whether the incentive is awarded automatically or whether it is subject to a discretionary review process.

Floor area ratio means the ratio between the sum of the areas of all floors of a building and the total area of the lot. So for a single family home, you have a floor area ratio of less than one commonly; for an office building, it might be 6.0 or 8.1.

Seattle is using an increase in the FAR (floor area ratio) downtown, for example, if a developer will agree to build a LEED® certified building. LEED® is a program of the U.S. Green Building Council for "green" construction methods.

Our preference would be to award the incentive automatically, although of course a developer would not have to take advantage of the bonus in the design of a building or complex. Use discretionary review and community discussion on the topic of the public amenities, if anywhere.

The quality and quantity of those could be subject to more dialogue and negotiation.

After you have established the overlay district, you'll need to explain it carefully to the development community and try to generate excitement.

Again, you haven't achieved anything until a developer takes advantage of the incentive and provides the public good.

If it's too complicated, often the real estate developers won't pay attention even if it might be in their own self-interest to do so.

Incidentally, when you amend your zoning ordinance, explain the incentive zoning as a means of implementing your comprehensive planning in some fashion. This helps with both public acceptance and legal defense if the need arises.

If you say you need more open space, but the comprehensive plan doesn't support that assertion, it's time to consider a plan amendment or revision. (Revising a plan only hurts for a little while, and then it starts to feel good.) Once you have the plan amendment in place, act promptly to give an incentive for the private sector to implement the plan by figuring out an appropriate means of incentive zoning.

Most Likely Applications of Incentive Zoning