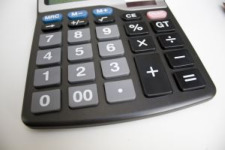 A relatively simple measurement called the location quotient is the most typical way to begin to understand a community's economic base.

The economic base consists of the businesses that bring net income to your community beyond what is consumed there. It's critical to understand and increase your economic base, which makes you prosperous.

Businesses that sell all or most of their product to locals, such as many restaurants and grocery stores, are vitally important but not part of your economic base.

We know your chamber of commerce might talk as if all businesses are equally wonderful, but the truth is that the ones that bring in outside money are the economic activities that promise improved economic circumstances, not just running in place.

How a Location Quotient Is Computed

Figuring out the location quotient, sometimes simply written as LQ, in various ways is often an eye-opening experience for communities who want to understand more about their economic prospects.

The goal of this exercise is to find the economic sectors where the percentage of your total employment in a particular category exceeds your state's percentage or the national percentage in that category. Employment is used as an indicator of the entire economy.

The sectors where you fall below the average may show opportunity for individual businesspersons, especially in the case of  a retail category.  This does not mean that retail counts toward the economic base.

On the Internet, Americans used to be able to use a location quotient calculator on the Bureau of Labor Statistics website, but it looks as if they now have substituted tables you download. The problem with that is that they assume you want to compare yourselves to the national economy, but as we see later, that might not be the case. So in the near future we'll have to post how to do the calculations yourself after we figure out exactly how the federal government has hidden their data. In the meantime, you can read the relevant BLS web page.

You also can compare your county at any level of economic sector detail you want. The most general level you would want to consider is two digits, and the most detailed level available is five digits. After you've made a few selections, the website pops up with a chart that shows quotients both greater than 1 and less than 1.

Most communities where I've done these studies obtain the greatest insights through comparisons to their state.

However, sometimes people overlook the obvious, so if you're in a touristy state such as Florida, you might want to compare yourself to the U.S. to understand the full import of your tourism industry.

But if you want to see if you're the most touristy in Florida, compare yourself just to Florida. Think about this example and you'll see the difference.

Where you see a higher percentage of employment in a particular sector in your county than in the nation or state, that is your economic base. The latest taco stand might be great, but unless it's so special that people visit from out of town, it does not form part of your economic base.

Communities that wish to provide economic prosperity in the long run need to concentrate their business attraction efforts, support activities, and incentives on economic base activities rather than economic activity that serves the local population.  If you as a citizen work with the online calculator we just described, you'll be thinking in a more sophisticated way than a number of economic development professionals working for rival communities.

If you are in a country other than the U.S., your data sources and tools will be different, but you can still compare your location with larger regions and the entire country if you have the same data available for all three levels of geography.

To Help You Consider Economic Strengths: