Why School Site Selection Is A Planning Tool

It's time to align school site selection with broader community goals so that school planning becomes part of the solution for your community, not part of the problem. Building educational facilities of the right size and in the right location can complement smart growth policies through promoting walking to small schools and to other community destinations.

Many public and some private schools are allowed freely in residential zoning districts in the same way as churches. Occasionally a brave municipal government tries to confront the local school board about its decisions about where to build schools, but often those conversations are half-hearted and far too late in the educational district's planning process. 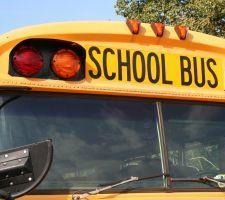 It would. However, educating a school board and making it responsive to the broader public good is well within bounds of good public policy.

First, we take a small detour away from school site selection as such into how many school buildings there should be in the first place. Here are some pertinent facts.

1. Large schools are an issue, both in terms of land used and students attending. In 2003, the U.S. Environmental Protection Agency (EPA) sponsored research that showed that 27 states required a minimum school campus size.

The latest estimates I saw were that although we have twice as many students in school as in 1930, we have only about a third as many school buildings or complexes. So it's undisputed that schools are becoming larger.

2. In that same report (EPA 231-R-03-004, dated 2003), the EPA hinted that the trend toward larger schools should be reversed, allowing among other things, walking to school.

But of major concern to me, larger schools allow seriously maladjusted kids to hide. This is a huge community mental health issue. How much school violence could be prevented if the entire community of teachers and students knew each student better and if there were no students that "no one knew" and who "didn't have any friends"?

4. School boards usually opt to build the new, large campuses in locations that promote sprawl and definitely require all teachers, staff, and students to arrive by vehicle.

Frequently this occurs because of the school board mindset that a large school building site is necessary, and often they cannot practically assemble the land in the more compactly built portion of the district. Land prices usually are higher closer to the heart of the city too, with some noteworthy exceptions.

So a school, which should become a place of learning about living lightly on the earth, becomes a contributor to sprawl instead.

We should mention that the Gates Foundation has spent millions of dollars exploring what small schools would do for education. Some commentators call the results inconclusive, but this report on smaller high schools in New York City is an example of how the Foundation isn't at all stepping away from their theory that small new schools are helpful, but simply stating the nuances that their real-life experiment is revealing.

The Bias toward New Construction in School Planning

School boards have exhibited an unsupported bias toward new construction rather than rehabilitation of existing buildings. If the district's own buildings are too expensive to remodel, because of single-pane glass, asbestos, lead paint, deferred maintenance, and any number of other possible hazards and defects, a public school board could get creative and renovate a non-school building to serve as a school.

Please contact us if you know of an example. I've seen a number of adaptive reuses of closed public school buildings for private schools.

A sidebar to this entire issue is the backlash about the closing of historic schools that have long been an essential part of the fabric of the community. Often these school buildings then sit empty and deteriorate, particularly in older parts of the cities.

While we understand that school siting must follow residential patterns, the goal of the entire city should be keeping the residential neighborhoods vibrant and avoiding housing decline. We think that the educational system should support that objective through its actions.

Yet another argument for greater cooperation among municipal governments, school boards, and neighborhood associations emerges. And for telling those over-specialized bureaucrats at state education departments to learn something about community development.

Childhood obesity has gone way beyond the joking stage when kids are developing Type II diabetes. Obese children tend to become obese adults, and obesity is costing us too many precious health care dollars.

Walking to school could become routine daily exercise, and a 15-minute walk each way would at least provide a half hour of walking daily.

But it's entirely impossible to ask a child to walk to school when the school site selection and size policies set up a system where it's a three-mile walk in an urban area, or even a walk a few blocks long in a crime-ridden environment. With better school site selection, over time, such long walks won't be needed. The federal government offers Safe Routes to School grants to help communities overcome the problem that now, many physical barriers prevent a safe walk to school.

Obviously rural and edge suburbs are a different situation. I rode a school bus and wouldn't have wanted the three-mile rural walk to one school and the four-mile walk to the second school. So I probably would have whined till my parents drove me there too, if the bus had not been available.

But with good school site selection, in a few years 90 percent plus of kids in the U.S. could walk to school. The side benefit no doubt would be  that resolving some longstanding pedestrian problem areas would result in more walkable communities in general. Probably that's a more bikeable community as well.

Need for Public and Private Schools to Be Treated the Same

While researching this page, I noticed a frightening trend of municipal officials reviewing private school zoning and permits quite strenuously while ceding school site selection for the public system to the school board.

Parochial schools run by religious organizations could argue for the same kinds of freedom of religion protections that have restricted municipal powers significantly in church zoning.

My advice is just be careful that you do not apply more stringent standards to religious schools than private schools or public schools.

The truth is that in schools of all kinds, students and teachers typically arrive by vehicle, and those five-day-a-week traffic jams give communities a vested interest in good school site selection. For more thoughts to ponder on this topic, see a site visitor's question about suitable zones for locating a private school, and our answer.

In the current environment, before we get small walkable schools for everyone, communities need to exert more land use control, through zoning, over schools. Many school boards seem too overwhelmed with education and its peripheral issues to look at the broader community.

Unlike churches, which have enough constitutional protections to intimidate many a city council from sound zoning, influencing public school site selection through land use planning and even zoning is completely appropriate and legally defensible.

Traffic and parking considerations alone mean that school site selection should be subjected to some additional level of scrutiny within the zoning ordinance. Don't just permit schools in residential districts. Add a conditional use permit requirement right away.

Yes, a dialogue with your school board in a series of joint meetings would be completely in order before you make changes. Involve school boards in any revisions to your comprehensive plan, and encourage them that their school planning can become a sub-set of community planning. However, schools need to be subject to special use permits as long as most of the faculty, staff, and students arrive by vehicle.

Ideally school planning could provide for the types of multiple uses of physical facilities as community centers that marked times past. I have to believe that this disappearance of programs oriented toward adults living in the neighborhood is one of the reasons that educational administrators seem so oblivious to their surroundings, and to the obvious advantages of bringing in adults living nearby as guest speakers and resource people.

Schools say they are struggling to involve parents in their children's educations, but parents living nearby are more likely to attend parent-teacher conferences or even drop in unannounced.

And with many children needing volunteer or paid tutors, let's make it easier for caring adults to volunteer by making schools smaller and therefore closer to where people live.

Wake up, school boards! Pick up the phone, planning directors! Get a dialogue going. It's time to end the isolation of the professional education community from the greater community at large.

A social science tool called network analysis, in which who knows and talks with whom in the community is researched and diagrammed, shows that school administrators tend not to be very connected with any other type of leader in the community.  Leaders in all sectors, let's change that.