How A Smart Grid Might Benefit Your Community's Resilience 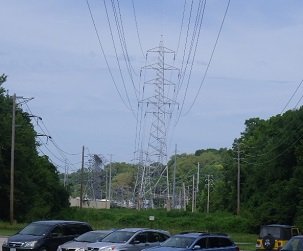 The smart grid refers to an electrical grid that is married to computers in myriad ways to enable two-way communication that promotes reliability, efficiency, and conservation. "Grid" in this case refers to the existing criss-crossing system of electrical transmission lines and transformers that route electricity for long and short distances to where it is needed.

As interesting as the story of producing a more reliable and efficient energy grid worldwide may be, it is fair to ask how this collection of technologies, systems, software, and standards relates to community development, the sole focus of this website. Below we will describe the strands of connection between the two topics, but first, it’s important that American readers understand how our system works now.

Currently there are more than 3,000 electric utilities in the U.S., and each pretty much acts as its own fiefdom. States usually grant each a monopoly within a service area, and in return the states regulate the rates. I do not know about in your state, but in mine, the utilities usually get the rate increases they want.

There are three regional grids in the U.S., which interconnect these local utilities to some degree to allow them to sell power to each other when needed. These are the Western, Eastern, and Texas interconnections.

While there is a surprising lack of standardization in the system, a vastly complicated set of inter-utility agreements keeps the system humming under normal circumstances.

But right now what drives electric utilities to have to construct expensive new plants is the "peak demand." For example, this might be the hottest day in California, the darkest coldest day in Minnesota, and so forth.

Pricing to the customer is usually the same, whether you're buying during peak demand periods or at some very off-peak time. You pay the same rate whether you're an energy hog or an energy miser. In other words, there are no incentives for good behavior, either on the part of the utility or the consumer.

Most appliances and homes do not yet communicate with the grid so that a utility could provide real-time information to the customer or actually power down an appliance or home system. In the absence of what the professionals call time-based rates, where we would pay more for the electricity we use at peak demand times, the customer would not have any economic incentive to curtail usage at peak times anyway.

Lastly, the utility company is rewarded financially when they produce electricity as cheaply as possible in the short run, without any environmental considerations. So in my part of the country they use coal, and a lot of it.

In sum, smart grid is a concept we aspire to rather than a description of our existing system.

How The Smart Grid Relates to Planning and Community Development

The smart grid is simply a sub-set of the strategies, projects, and ideas known collectively now as the smart city. We intend to write about that much broader collection of the technologies that are transforming our streets and neighborhoods in the near future, but here we want to confine ourselves strictly to understanding the implications of a more robust grid and of greater involvement of electric utilities in broader community concerns.

1. A smart grid offers the likelihood of fewer power outages of a lesser duration, which would hasten recovery after major storms by allowing generation capacity to be more quickly redirected to areas where demand is not being met. Thus local communities should view an increasingly smart grid as critical to hazard mitigation plans and emergency planning in general, including recovery from digital or physical attacks by terrorists or misguided hackers.

"Interoperability" is one aspect of the concept of a smart grid. This fancy word means that one utility's electrical system can communicate electronically with another utility's system, or even that parts of a utility's system that were built in different eras can easily communicate their surplus and deficit quantities of power to other sub-sets of that utility's system. Another implication is that power can be transmitted easily from one system to another, and on an automated basis without humans manually throwing switches. This too can enhance a community’s ability to recover when hit with a massive winter storm, wind storm, hurricane, or tropical storm.

We think this resiliency argument is the strongest reason for most people who are interested in community development to be aware of and watching developments in the development of the smart grid as it pertains to their locale.

2. Connection of new "Internet of Things" enabled appliances and home heating and cooling systems to the smart grid will cause decreased demand for incredibly expensive new energy generating and transmission facilities. This is true because digital management of power demand can reassign some of that demand to a less than peak operating time of day. Your dishwasher may ask you if it can wait till 11 p.m. to run; your refrigerator may wait till midnight to run the defrost cycle. Many household energy conservation measures will be automated, much as programmable thermostats have modified and decreased our energy usage for heating and cooling.

It's worth noting that although customer demand for smart appliances has really picked up, consumers predictably are more interested in their own convenience (for example, being able to see inside one's refrigerator from a cell phone) than in energy management for the community and beyond. Public understanding of concepts we are discussing on this page is still low.

3. As interest in and demand for electric cars grows, perhaps in tandem with the rise in autonomous vehicles, some scholars believe that an entire new electrical grid would be required in the U.S. to accommodate that need for additional electricity. (We report this even though our opinion is that capturing energy for the grid once cars are fully charged can really offset that problem.)  Investments in the smart grid now can postpone the day when existing generation capacity is exceeded as we move to the perhaps cleaner and greener electrical powered fleet of private automobiles, shared cars, and driverless car fleets and delivery systems.

We notice that self-driving cars seem to be arriving faster than many pundits had predicted. The demise of a system reliant on one or more gasoline-powered vehicles per household could bring positive benefits for communities in terms of reclaiming space now required for public and private parking and for wide streets. These trends obviously can impact development approval standards and neighborhood revitalization techniques. Typical streets can be altered to provide more space for landscaping, so-called "green infrastructure" that filters water runoff before it enters our lakes and streams, and higher quality dedicated sidewalks and bicycle lanes.

4. As we have described in our page on neighborhood solar, some neighborhoods, communities, and local governments have taken advantage of unused spaces or roofs to generate electricity that feeds back into the grid. Utilities should be more eager to promote such arrangements enthusiastically once it becomes even easier to accommodate the ups and downs of micro scale generation from unpredictable levels of solar and wind power.

We think that planning commissions, city councils, and community development agencies should be anxious to enable these small-scale options for producing energy from low-polluting sources.

5. While it's correct to say that the smart grid won't necessarily be more green than what we have now, we believe most utilities will be working in the same time frame toward a smart grid and toward energy sources that are "clean," that is, produced mostly with use of renewable resources. Over time we certainly think that the implementation of the smart grid concept will result in cleaner energy generation and transmission. This should decrease our overall greenhouse gas emissions and therefore slow global warming that will lead to resiliency planning challenges such as sea level rise and increase in catastrophic storms and drought.

No one knows exactly how a fully realized smart grid will come about, although we suspect it's by a lot of federal government regulation and incentives, smart engineering of consumer goods already underway, and smart business decisions by utilities presented with a different set of financial incentives. Smart grid characteristics, though, that are being discussed and implemented  include:

Let's use a cooking analogy. Consider the smart grid as a really complex recipe we're experimenting with. So while it's a big challenge to make the smart grid happen, most and probably all of the hundreds of ingredients are already available.

Some of the ingredients are well-known and well-tested, already performing nearly perfectly--well, as perfectly as your personal computer performs, that is. Other ingredients are in the experimental stages or not yet highly reliable.

Still, even after ingredients are identified, tested, and perfected, getting everyone to contribute their ingredient in the right proportion at the right time will be a massive organizational project.

And in fact, the way to a viable future for utility companies or municipal suppliers includes loosening their monopoly while constantly tinkering with a business model that allows them to produce and distribute energy inexpensively, induce customers to use less energy, and allow consumers to add to the production of electricity conveniently.

What Community Leaders Can Do About It

1. View the smart grid topic as an opportunity to learn to work more with your local utility.  Regardless of your perception of your community’s vulnerability to widespread, prolonged power outages, your utility might become more important to your community development goals, since utilities have been assuming leadership in the smart cities movement in many parts of the country. Their poles are being used for sensors, cameras, and broadband access devices that impact traffic control, security and law enforcement, and lower cost high-speed internet. As with any partner, if you can begin to understand the financial and operational vulnerabilities of your utility company or municipally-owned electrical utility, you may be able to locate new potential areas of collaboration.

2. Orient your planning discussions toward what the world of electric cars communicating with one another and potentially with the electric utility will mean.  Planning commissions should be keeping an eye on charging station needs, as well as the capacity of parking garages and other locations to provide charging stations that also feed back excess power to the grid. Some of these could be required, especially as part of site plan review and planned developments.

3. Be open to proposals for microgrids and for start-ups that will rival traditional large-scale electrical providers by figuring out how to provide electricity cheaper through cutting out layers of the vast distribution system or buying power from individuals, organizations, and businesses that generate power in excess of their own needs.

Incidentally, a microgrid is a system for a single facility or possibly an entire neighborhood or district that can operate independently of the larger electrical grid but also can be connected to the grid when necessary and desirable. A true microgrid or customer microgrid is privately controlled and thus relieved of the many regulatory requirements placed on a power company. Some microgrids actually have been set up by the utility company and are subject to regulation.

Because many utilities either are municipally owned or enjoy a cozy relationship with local governments, there is a danger of undue skepticism of those who seek to change the utility business model that has been in effect since widespread electrification.

What Is Resiliency Planning