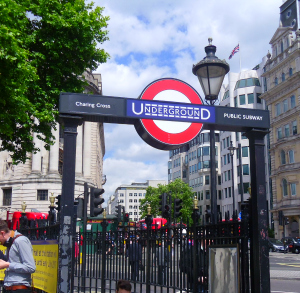 Transit and sprawl relationships and continuing interactions over time sometimes are not readily apparent.

Here is a seemingly simple question for you.  Does transit respond to demand, or does it generate demand?

To the extent that it generates demand, and shifts it spatially, transit location and investment could be a tool in fighting sprawl.  Yes, we know that transit has many more policy implications than simply its impact on urban form. We address that in the next section, but for the time being, humor us for a moment.

In our city planning projects, we have observed that too often transit is planned in a reactive way based only on what already has occurred, or in an idealistic way in which socially desirable goals are weighted so heavily that realism about the current perception of particular neighborhoods is ignored.

If you are a member of a transit board or planning commission, or an interested citizen, some analysis and thinking will be required to figure out whether a proposed transit change or even your entire existing system is a contributing factor for sprawl in your city, or whether careful transit planning can reduce the harmful effects of sprawl.


Looking at London, for example, since we used a photo of their Underground subway system as our graphic for this page, one could argue that the excellent transit system both:

So evaluating a particular transit change in the London metropolitan area would require sophisticated analysis of the relationships between transit and sprawl.

Just to add another layer of complexity, transit policies that appear to aggravate sprawl can actually encourage development to occur in a somewhat compact, although linear, pattern if the metropolitan population is growing. Transit could be a powerful way to induce the growth to occur in one direction and not another.

As a footnote, our experience has been that if the metro area has decided to embrace sprawl, perhaps wishing to decrease overall density for social reasons or to accommodate some planned overall jump in population, purposeful transit expansion could certainly facilitate that.

Transit as a Service

At this point we need to add a disclaimer.  Yes, many functions of transit are much more important than alleviating sprawl or even enabling it.  We want to acknowledge these four critical services that transit performs before we zero in further on the narrow subject of transit and sprawl:

We also want to acknowledge that people in charge of planning a transit system have to worry about the economic viability of a transit expansion in the here and now, going where the ridership will pay into the system right away.

So we aren't blind to those other considerations, but we do want to encourage better thinking and conversation about the interactions between transit and sprawl as one and only one aspect of transit planning.  This article isn't particularly applicable to bus routes, but rather focuses on fixed light or commuter rail, tram lines, and bus rapid transit (BRT) that involves important capital expenditures.

A Common Assumption About Transit and Sprawl

Often planners and urbanists seem to imply that enough transit-oriented development will solve sprawl.  Transit-oriented development means development clustered around but oriented toward transit stations, usually on a fixed transit system such as light rail, not a bus line.  The theory is that by adding density in close proximity to stations, where commuters can easily see and walk to the platform, people will jump at the chance to live so conveniently and thus choose more density than might otherwise be the case.

Based on this line of thought, one might assume that transit will always be inherently anti-sprawl. But as we saw in thinking about London for a moment, it could be that the very extension of the transit line leads to and enables development of somewhat low density housing near the edges of a metro area, especially when large parking lots are located in close-in suburbs. The almost inevitable result is that beyond that first circle of "somewhat low" density at the end of the line will lie "truly low" density right away in an area where population and housing demand are growing.

We certainly support the validity of transit-oriented development as a concept. But the reality is that we don't know of any instance where TOD in and of itself has been sufficient to stop sprawl in its tracks.  Attractive mixed-use concepts allowing a quick walk to the transit platform, and to neighborhood-scale convenience shopping and services, are very helpful in reducing vehicle miles traveled, but not enough to stop a trend toward sprawl.

Six Questions for Joint Planning of Transit and Land Use

The most useful thing we can do on this website that aims to help non-professionals think about community issues is to offer these six discussion-starter questions that you and your fellow citizens or decision makers could talk about to evaluate the interaction between transit and sprawl in your own city.

In short, we think that exploring the relationships between transit and sprawl, which likely are complex and multi-faceted, could lead to new possibilities in terms of countering the many undesirable effects of urban sprawl.

We certainly hope that non-profit organizations, community organizations of all types, and enlightened local governments and regional planning agencies will put together some venues for exploring these questions in your city.