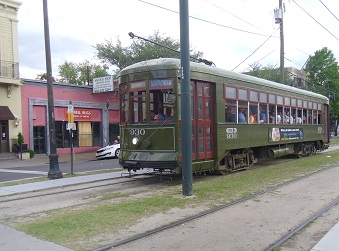 Transit oriented development, often abbreviated TOD, refers to a development both adjacent to and oriented toward a transit stop. Usually rather than simply a bus stop, a station for a light rail or subway system or a bus hub center are necessary to make the density and permanence sufficient for the concept to be viable.

The idea often is associated with mixed-use development, including both residential and commercial land uses, or at least a mixture of retail and office.

Sometimes civic uses and services such as day care also become part of the TOD. All locations within the complex should be within a half-mile of the boarding location, with lower density or intensity uses at the periphery. Sometimes developers and cities will express the maximum distance from the actual transit stop as a 10-minute walk instead.

The Benefits of a Transit Oriented Development

This idea is so powerful that it's hard to see why many regions and individual municipalities have been slow to capitalize on it. We can only speculate that decision makers are too indifferent to transit itself to care much, but we hope our readers will challenge that thinking, or rather, that lack of thinking.


The concept is attractive because if enough density can be clustered around a transit stop, there could hardly be more positive green effects, including:

1. Households are able to realistically reduce the number of cars they own. This is not a trivial factor in overall housing affordability; car ownership is estimated to cost an average of $9,000 annually.  and the number of miles driven.

3. The real estate development becomes attractive to non-drivers or non-owners of automobiles.

4. The station is enlivened for other passengers and the surrounding neighborhood, and safety at the stop increases.

5. Passengers are able to take advantage of small businesses, such as coffee shops or other convenience goods purveyors, who may lease space in the transit oriented development.

6. A blow against suburban sprawl is struck. In fact, a related term, transit proximate development, carries this specific meaning.

7. Parking space requirements can be reduced because households can feasibly own fewer automobiles. Thus paved area and cost of constructing and maintaining surface or garage parking is lowered, making the housing overall less expensive.

8. The community reduces its carbon footprint. In the face of climate change, any relief from the need to drive to work or to obtain basic goods and services is a positive at both the household and community levels.

We need to raise a note of caution too, however. It's clear that both ride sharing (such as Uber or Lyft) and driverless vehicles may threaten current transit systems that fail to adapt. Indeed in our article on autonomous vehicles and transit, we argue that transit systems need to take the lead role in what we think and hope will be an electric, ride-hailing, driverless future for transportation, especially for the "first mile" and "last mile" of trips in urban and suburban settings.

There are many good arguments for a public and public-spirited transportation future. If the transit operators of today become nimble enough to adapt to an environment where few vehicles are in private ownership, transit agencies can deliver passengers seamlessly to existing fixed route transit lines and thereby continue to recover the massive costs of building the systems.

How to Build a Successful, "Green" TOD

Features that are important to the success of a project include the following:

Surprisingly, perhaps, transit oriented development can lead to neighborhood revitalization and redevelopment. TOD also can counteract tendencies toward urban sprawl, although as we note on the transit and sprawl page, the relationship is not always linear.

In cities where transit, or at least the form of transit under consideration, is popular, the existence of the station and the provision of sufficient density will be enough to overcome very strong objections about neighborhood quality.

Of course, if you are building a transit oriented development in a neighborhood of questionable safety, extra precautions become necessary, and the usual tapering off of density at the edge of the development may not be as applicable. In that situation, you might want to harden the edges instead, only hinting architecturally at entrances on the periphery of the development and instead placing all the real doorways into units on the interior of the project.

The state of New Jersey has been offering state grants for the creation of what they term a transit village. The Garden State has emphasized affordable housing and job growth in addition to other common elements of transit oriented development. We think that designing affordability into the project will be fairly easy in a TOD compared to some other sites. Also consider how the development could add considerably to racial equity in community development.

So pre-zoning for TOD can be a tremendous stimulus to the process, because it sends a signal to the development community about the density that would be allowed and also the types of uses that can developed in close proximity to one another with good planning.

Listing the criteria for pedestrian amenities in advance also will prevent surprises, and if you want to take our advice and require a hint of green amidst an otherwise packed site, it's important to pre-warn the development community of that factor as well.

Delineating the degree of parking relief that might be allowed also helps developers begin to visualize the profitability that could come their way as a result of pursuing perhaps the extra complexity of TOD. Better yet, build in specific lower parking requirements for TOD.

Recently Chicago has passed a fairly far-ranging bill providing several forms of TOD incentives. It imposes a maximum parking rule of one space for every two units. (Other provisions of interest to us included the broadening of the TOD concept to more bus lines, allowing the TOD provisions to kick in for developments as far away from the transit stop as four blocks, and a modest attempt at slowing gentrification tendencies of TOD development in the most thriving neighborhoods. You can read more about the Chicago TOD revisions here.)

Any financial incentives to be offered, including tax increment financing or other more innovative incentives, could and should be signaled in advance by the government as well.

For extensive additional information, also consult this site on the subject. But for inspiration, you might want to check out a story one of our site visitors sent, which they titled A Transit-Oriented Development Fable.