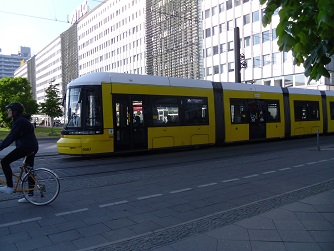 People have to be really vocal to put urban sprawl solutions on the agenda in your community. Otherwise, working on such a multi-faceted set of policy issues feels too risky to most of the folks who have to be elected.

Sometimes those of us who are clear about the inefficiency of dispersed development forget what we're really supporting. The solutions include:


Urban sprawl solutions need to present themselves in the attractive garb of what we really want as a society--more choices in housing and transportation; beautiful, interesting, and unique destinations bristling with personality; pristine mountains, valleys, lakes, and streams; and the leisure time to enjoy them rather than being stuck in traffic for hours every weekday.

Any remedy will have some immediate self-interested opponents. Accept that and move on, perhaps by tying your cause into the current interest in green communities and the growing realization that to slow down climate change we will have to curtail our use of personal vehicles.

I don't think I can sugar coat this. It's going to be hard, unless you're among the fortunate few that have a municipal or state government behind you setting up meaningful incentives for people to do the right thing.  Or alternatively, you might have a regional governance structure that really works, at least when major developments are proposed. Otherwise, local governments will do the wrong thing unless the public is so outraged at me-first behavior that the big players will be embarrassed.

When citizens become outraged by the economic inefficiencies and the high taxes we're suffering because of sprawl, and vocal enough about their thoughts, politicians will begin to look for urban sprawl solutions.

The challenge is that urban sprawl is really a hard thing for the average citizen to wrap his or her head around. That's where aerial photos and video, and quality maps and graphics, become useful.

Most people living in the central city and inner suburbs are absolutely shocked to see the extent of new construction at the edges of the metropolitan area, because they don't go there. If they do happen into one growing suburb, they think it's an anomaly.

And it would take all day to give them a tour, so try a hard-hitting video if tours prove impractical.

Form a citizens group right now if that's what you have to do. To find members you might look to your local Sierra Club, if you have one; a few years ago, they did an excellent job with the sprawl question.  No doubt your local group will have some members who recall those points well.

If you have a "smart growth" organization, it's the same as a sprawl-fighting organization. If you have a local League of Women Voters, ask them if they have a local or state position, compatible with their excellent national position, under which they can take action.  Some local and state chapters of the National Association of Realtors are doing a good job with this question too, due to the growing recognition that there is an opportunity to create more value in the older parts of the metropolitan area if sprawl can be curtailed.

If you find an existing organization, first investigate whether you can join its efforts before expending the effort it takes to build an organization. To achieve focus and avoid getting lost in the large basket of issues that these large organizations support, chances are you're going to need an umbrella organization for your efforts anyway. So reach out to these other organizations to find possible members or supporters, but don't expect the huge multi-issue national organizations to provide a ready-made solution to your concerns about sprawl.

The exception is that if you have a solely local smart growth or anti-sprawl organization, do your best to join, enliven, and reform it into your dream campaign machine.

Finding Your Best Arguments for a Compact Urban Form

The first order of business must be to craft your message in a way that gives urban sprawl solutions a chance to be heard. In my part of the country, sprawl is a dirty word, and if I campaign against it, I'm campaigning against progress, freedom, and the American way.

Be sure you're not spending so much time talking with people who agree with you that you've forgotten that the word sprawl is incendiary to people who live in the outer suburbs, and to the substantial real estate and construction industries.

Even though it's the technical word, and we use it freely on this site because we deal in reality, when it comes to politics, watch your language.

Frame the issue very, very carefully, depending on your own area's concerns. Try to avoid the framing that says "we should do this" or "we should not do that."

Frame it from the open-ended perspective of seeking urban sprawl solutions together. Find the people in your community who are skilled at conflict resolution and at minimizing conflict in the first place through careful framing of the message.

Develop a discussion guide, and then enlist a number of moderately trained individuals to conduct discussions community-wide. Ideally you would meet weekly for about four weeks, taking up no more than four major dimensions of the spectrum of urban sprawl solutions practical in your area.

To win this battle, you will need to make some unlikely friends. In some places, central city people have spent so much time railing against the suburbs, they fail to recognize that the inner ring suburbs are definitely their friends when it comes to sprawl.

You have to educate those inner ring leaders, often, because they haven't considered the fact that they are facing limited reinvestment because the bucks are going into new housing at the fringe.

The suburban leaders have focused on the central city as the enemy for too long, so they too will have to make new friends.

After you explore a bit, it will be your call about whether you try to make a huge splash with your first event, or whether you need a long, detailed series of early meetings with various sub-groups. Take the latter approach if you expect more opposition.

If the public is already discussing urban sprawl solutions, you probably can afford to jump right to the big rally, with a huge amount of preparation surrounding it.

Enlist at least one respected journalist to champion the cause through interviews and/or personal involvement. Most journalists in a metropolitan area should understand the concept of sprawl to some extent, and if you give them someone well-versed in the impacts, you should get good mileage. Try of course for celebrities, media or otherwise, at your event.

Put effective social media activists at the top of your contact list as well. It's fairly easy to dramatize some region-specific impacts of sprawl.

As usual in what is going to ultimately be a political campaign, identify people in local and state office who are sympathetic somehow to urban sprawl solutions or to environmental issues. Talk with them personally to try to line up a key ally.

Another source that may or may not be helpful is your Metropolitan Planning Organization, a local agency federally designated for transportation planning.

These frequently are ensconced within a multi-purpose regional organization or council of governments, and their attitudes and willingness to flex their power muscles on behalf of a controversial issue vary widely.

Depending on personality, politics, and state law, this entity could provide the muscle for urban planning solutions all by itself if it were so inclined. So it's worth a visit from your steering committee when you have one.

We hesitate to say this, because we each have good friends who fall in the next category we are going to mention. But try to avoid packing your steering committee with a bunch of idealistic environmentalists whose views are nearly always half a bubble off, in the view of the establishment. Find some really mainstream people who have studied the issue in your area and can speak with authority.

This might take some time, in fact a long time.

The Power of the Careful Wording and New Friends

All this may be well and good, but how are we going to actually implement urban sprawl solutions?

The answer depends on whether your area is somewhat amenable to doing so, except for the development community, which rarely agrees. If so, simply campaign very hard for very deliberately chosen measures, a few of which we will mention.

• Look at a regional mechanism for determining whether and where major new housing, shopping, and employment centers can be built.

• Consider an urban growth boundary, based on models in Portland (Oregon), Florida, or elsewhere.

• Share sales tax revenue equitably across the metropolitan area, recognizing that shoppers can and do cross municipalities at will.

• If you need to share revenue from new employment centers regionally, an earnings tax can be treated the same way. Don't let which government gets the tax revenue determine where development should go.

If your metro area is resistant, which apparently applies to the majority, you might follow an urban sprawl solutions process closer to the following measures.

• Seek out respected community leaders and organizations to lend prestige to the effort.

• Focus on one short-term accomplishment at a time and shine glory on any political leaders who spend political capital helping you.

• Systematically build genuine public support through solid research-based education and user-friendly websites and social media campaigns, so that it becomes less and less risky for a politician to support you.

• When you gain enough recognition that people in power are seeking you out, collaborate with them on a series of baby steps that will lead to urban sprawl solutions over time.

• As you progress, continue to praise elected officials who help. In some places, that takes real courage.

However, the metropolitan rewards of tackling this issue are huge. Shorter distances for commuting to and from work, play, and services will mean more family time, more money to spend on amenities since transportation-related expenses decrease, and new patterns of acquaintance that in turn result in greater inter-group understanding.

Read Some Pages Related to This Topic

Of course, in addition to those examples below, you will want to read or skim the entire suburban sprawl section of this site.