Thoughts About Zoning and Social Justice

We have seen several discussions of zoning and social justice, as if the land use regulation known as zoning were in and of itself contrary to equity among groups of people. The repetition of that notion is multiplying rapidly. In the broad scheme of things, we find that to be a gross exaggeration.

Having said that, let's examine the sense in which there is an element of truth in these complaints about zoning. The typical overuse of zoning districts allowing only single-family residential land uses may have the effect of societal discrimination against people of color. 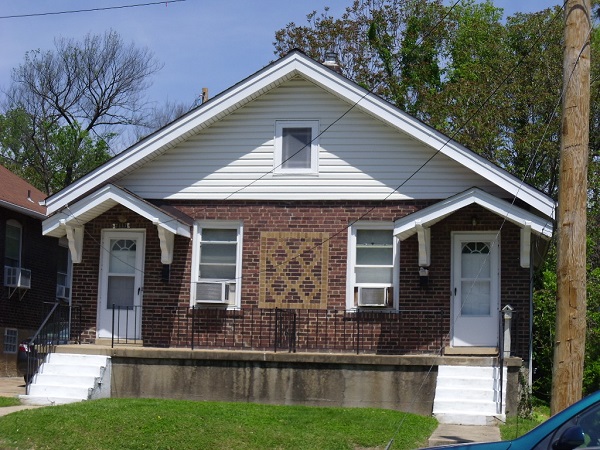 Will this duplex, the same size as single-family homes on the block, ruin the neighborhood?

Consider these percentages of households living in single-family detached homes, divided into the racial/ethnic categories used by the U.S. Census Bureau in their latest American Housing Survey (2019):

(This was computed from numbers found in the Census Bureau data tables.)

Now think about the fact that in some communities, as much as 80 percent of the land is zoned for single-family residential land use only, and sometimes only detached dwelling units are permitted in those single-family zoning districts. Some suburbs effectively outlaw the very multi-family or single-family attached homes where 70% of Black Americans live.

Without assuming that racial bias was the conscious motivation of those who developed subdivisions that became separate local governments, we can see the present day impact clearly.

Now that we see that there is some rationale for blaming zoning for certain social justice and racial equity problems, including reduced home ownership opportunities for disadvantaged households, we need to look at whether it's always true that zoning aggravates or even causes social inequities. We don't think that is the case because all single-family homeowners may see higher property values when their homes are located in a single-family zoning district, simply because of the perceptions of appraisers and home buyers. This includes black and brown owners who have struggled to afford to buy a single-family home, which is an important household wealth strategy for all ethnicities and a promoter of generational wealth if neighborhood quality and percentage of owner occupants in the neighborhood are maintained.

So we advise avoiding hysteria about zoning as a major social justice issue and in the three of sources of our problem of housing affordability for all. Instead, let's dig into how to improve the equity picture for single-family zoning districts that don't allow  greater housing density.

How Can Zoning Be More Equitable?

The key to using zoning to improve social justice and decrease inequity among races and ethnic groups is to allow more versatility in land uses in what have been solely single-family zoning districts up until now.

Obviously, this is especially important and effective where new subdivisions and developments will be sited, but even opening up existing single-family zones to housing units for as many as four families could be quite helpful in that gradually neighborhoods will provide more opportunities for a variety of household sizes and income levels. This would lead to less racial segregation and more available middle-income, low-income, and mixed-income housing.

In the U.S., the Biden Administration has floated the idea of an association between zoning reform and social justice. We wouldn't count on that becoming a major nationwide movement though; it seems more likely that reforms to single-family zoning will occur on a piecemeal municipal basis in most states rather than through state legislation.

Broadening the list of permitted uses in a zoning district to increase housing supply is often known as inclusionary zoning. For more on this subject, we suggest that you check out that page.

We are fans of the notion that housing units within the same building need not be the same size. Rehab of existing buildings could accomplish a bit of that; for instance, a building that currently serves as a four-family flat could combine two units to result in three units of two different sizes.

But this tactic is even more likely to work in the case of new construction. Your zoning ordinance could encourage asymmetrical duplexes, buildings including two larger units and one smaller one, or buildings incorporating one large and three small units.

The advantage of such buildings is that they make a greater number of affordable housing units  available, effectively driving rents down. In addition to enjoying a reasonable housing cost, the occupants of the smaller units may tend to thrive personally because of being located in neighborhoods with good opportunities for employment, recreation, and good schools.

In this discussion we are not using the term "affordable housing" as a euphemism for low-income or subsidized housing. In addition to housing affordable to very low income or low income occupants, we also include what has come to be known as workforce housing, or "missing middle" housing, to use the current buzz word. Think of this as housing that police, teachers, and social workers can afford.

Young adults are really on board with the YIMBY notion (Yes In My Back Yard), as they recognize they will be priced out of the neighborhoods where they grew up. YIMBY may well be associated with larger buildings for many of them, but we think they could be persuaded to embrace the idea of allowing buildings of up to four housing units within a single-family zoning district. This is an especially likely outcome if they see that housing for two or three households in a building can be architecturally appropriate and attractive.

If you are an activist, planning commissioner, elected official, or even a planning staff member who wants to understand more about how the housing supply can be expanded, you will find more specific examples and details in the new report on what they call housing underproductionTM  from a group project called Up for Growth.

We are anticipating a new Equity in Zoning Policy Guide from the American Planning Association in late 2022. When that happens, we will be sure to give you a link to that resource on zoning and social justice if we think it is worthwhile.

On another page, we discuss the replacement or addition to zoning known as form-based codes, in which the visual building mass appearance and the functioning of the building becomes more important than the land use inside the building. These codes too, which either replace or overlay on a zoning district, may deliver more housing units within the same acreage without the rigidity of a strict single-family-only zoning district.

Be sure to check out the related pages of this website shown below.