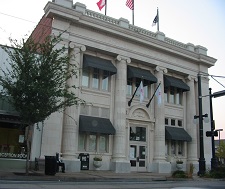 Some of you community organization and neighborhood association leaders need to improve your local government relations skills.

How could we know that, you ask, since we probably have not met?

Certainly, many towns, cities, and counties deserve criticism of their programs, strategies, and procedures. They may be ignoring your needs and your expressed wishes. They might be tone deaf about your neighborhood, seemingly having decided already that you don't deserve help. Maybe they just consistently forget you have your own set of challenges and concerns.

But you're going to have to find ways to be nice to your elected officials and the city or county staff anyway. That's just the way it is. If you criticize everything about your local government, the folks there will become immune to your complaints. So for the sake of attracting some positive attention, money, and problem solving from your town, you're going to have to build constructive local government relations wherever you can.

In plain English, your government actually consists of real people, just like yourself, who are sometimes biased, lazy, inefficient, and ineffective. But they are also human beings, so if you gripe constantly, they will be closed to what you have to say. On the flip side, if you are supportive when possible, and civil in all instances, you will win some respect from elected folks and staff people.

Not all of them will be deaf and blind to your concerns.

Yes, your neighborhood could be too just a little too prosperous to qualify for low-income programs. Your community could be so full of poor people that elected officials forget to look in your part of town for someone to appoint to the planning commission. But if you persist in pleasant local government relations tactics, over the long run, you're going to build up so much good will that City Hall personnel will do you a favor whenever they can.

Businesses and universities have local government relations officers or even departments, so why can't your community organization have the same emphasis?

Research shows that we actually like people more as we associate with them more. So it is important that you have ongoing and frequent civil interactions with your governmental officials. In the process, they will like you more, which will result in positive notice for your neighborhood in the long run.

So you could change some things. Below we describe the ingredients of the positive local government relations program.

1. Invite key city staff members to all of your meetings and functions. Ask them to give a short briefing, so they feel important and also to keep them committed to attendance.

If you can't get officials to attend your meetings through more impersonal methods of invitation, such as mail or e-mail, call them or go see them to urge their participation. Listen to any objections they may have. We know of one neighborhood association that continuously griped about a councilperson not attending their meetings, even after being told repeatedly that this councilperson taught a course at a local college on the meeting night.

When we say key officials, we mean the highest official from a particular department or function that you can persuade to be present. For instance, if your police department is organized by precincts, try to get the precinct captain committed to calendar your meetings. If they say they cannot attend a particular month, ask them to send their best substitute. Don't let them off the hook.

Depending on the nature of your community or neighborhood, key officials might mean police, code enforcement, community development, neighborhood liaison officers, and such. In a historic district, the historic preservation officer could be a key official. If you develop a rat problem, the vector control officer could be the most important city official that month. Where there are many rezoning or zoning variance applications each month, involve the planning department. It all depends on your situation.

2. In particular, invite and expect your elected officials to attend your meetings. Depending on the size of your town or city, this may not always be the mayor, but certainly the city council or other governing body member should be able to commit to most of your meetings.

3. Keep the city government, meaning both the elected officials and key employees discussed above, fully informed of your neighborhood's problems, needs, priorities, and positive recognition. Make sure they receive all e-mail newsletters, press releases, good news, bad news, event announcements, policy statements, and so forth.

4. Send key employees and elected officials holiday cards, notes of congratulation, birthday cards, or anything else you happen to know would be relevant to their lives. Act interested in them and their political realities too. You have to start treating them like fellow human beings if you expect good results.

5. Give elected officials in particular an opportunity to show off. Let them cut the ribbon, go to the head of the line at the barbecue, pose for the newspaper photographer, and so forth. (However, be aware that not all city employee staff members want to be treated this way, so observe their behaviors keenly. If they seem embarrassed to be asked to be the grand marshal of your parade, they probably are.)  But here we are talking specifically about those who stand for election and therefore need the limelight. Give it to them, and give it unconditionally. Let them take credit for things they barely supported; that is just part of the game. Always say yes to their requests to make brief remarks at your meetings and events, although you can feel free to suggest or even to enforce a time limit.

6. Over-communicate rather than under-communicate. At times you might annoy someone with too much information. However if, and only if, the quality of your input is respectful, they will learn that you mean well.

You'll be teaching them not to ignore you, that you are active, and that sometimes you will agree and sometimes you will disagree. You want to reserve the right to criticize elected officials and vote them out of office, but also you want to be fair in heaping praise on them when they do something helpful to your neighborhood.

7. If your neighborhood has been negative about City Hall consistently in the past, make an honest explanation of the fact that you’re trying to change your local government relations approach.

Say perhaps you haven't understood their side of the equation as well as you would like, and that you want to be on better terms. And make sure this U-turn is communicated to the individuals in your group who are likely to be the most shrill.

8. Make constructive suggestions when you can. Especially in terms of solving minor repetitive problems, your very local insights into the time of day, time of the week, or other occasion when the problem is at its peak can be very helpful. Look for obvious low-cost, low-technology solutions. Sometimes professional staff members get caught up in thinking that every little issue requires a consultant study, paid observations or data gathering, and so forth, when in reality your common sense solutions may appeal to elected officials and get your suggestion implemented for a trial period.

9. Educate your membership. Neighborhood residents who can address the correct department and who understand how basic governmental processes work will help build a positive relationship with city staff members especially. While both staff and elected leaders recognize that many members of the public just don't understand how things work, repeated questions and criticism based on ignorance of governmental good practices and legal constraints are trying to the patience of even the most good-natured officials on occasion. Spend time with officials productively by making sure as many people as possible understand how your government is supposed to work.

10. Appreciate the benefits of public-private partnership. Begin with making sure that your board understands how a good partnership works. The strengths that the government can bring to the partnership include stable funding sources, plenty of infrastructure that can help you if the government so chooses, and a deep record of legitimacy as an institution. You the nonprofit community organization also bring government some things it cannot provide for itself, including flexibility to be boisterous and demanding, and credibility with a far greater cross-section of neighbors and local businesses, some of whom are automatically suspicious of all things governmental.

What If You Oppose an Elected Leader?

We are not saying that you always have to support an incumbent leader. An incumbent is a person who is in office now. If an election is coming up and you've been unhappy with your current leader, it is completely appropriate for you to take a stance in support of the opposition. This could be your strategy for how to fight city hall.

Some neighborhood groups maintain complete neutrality in elections, and others become quite partisan. It's your choice. You can make different choices for different elections too. You can avoid endorsing any candidate during most elections. Then if there comes a time when you are very excited about a particular candidate, or quite opposed to one, your endorsement will mean even more to the people in your own neighborhood.

However, the last word is this: Be civil to all candidates at all times. Don't make negative, mean, personal attacks. Base your position on the issues, and explain your reasoning as thoroughly as possible. Be respectful. That way, if your candidate loses, the winner might forgive you later if you master the good local government relations steps we've outlined above.

A further issue is that you do not want to split your membership on the basis of support for different political candidates. If you see that substantial numbers of members support different candidates, this could be an important time for your neighborhood association or other community organization to avoid taking sides and even to postpone topics related to the pet issues or projects of the contenders until after the election.