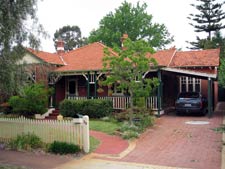 Land use zoning in the U.S. refers to a complex municipal law about what can be placed where in towns and cities. These laws often specify how far buildings must be set back from property lines and roads, what kinds of signs are allowed, and how much parking is required.

This page introduces a section that allows you to understand the ideas behind this common land use regulation mechanism. While small variations in particular zoning ordinances often occur, we cover the most common conventions in this complex form of local law.  We also include pages specific to land uses that are giving citizens and elected officials the most trouble right now. If you are upset about a proposed zoning change in your neighborhood, here's where to learn to be effective in your re-zoning opposition.  This article continues after the grid below showing the topics covered in this section of the website. If you don't know what to pick, use the site search feature at the top of the page.

Topics Covered in This Section:

Zoning for Bed and Breakfast

Land use zoning is a local or county law (ordinance) setting up everything in the town, city, or county into what are called districts. One small exception to the everything-is-zoned rule is that some states allow agricultural land to be exempt.

A district has at least two sets of regulations connected with it:

1. After a description of the character and aims of the district, a list of permitted uses is provided.

Each of these might have many qualifiers attached to it. For example, the term might be "offices of less than 5,000 square feet." Or "single-family detached homes." Or "factories meeting the performance standards set forth in Section 41 of this ordinance."

Appropriately enough, each land use zoning district must be shown on a map. So a big percentage a local government's activity concerning zoning relates to changing the map.

Usually it's the property owner who initiates what is known as a rezoning (re-zoning) process. The application also may be called a petition in some jurisdictions.

Occasionally the government itself sees that a particular parcel or area has an illogical zoning classification and initiates the change. More often, city-initiated rezonings apply to multiple parcels, a business district, or an entire neighborhood, and are aimed at carrying out a policy change for a geographic area.

The process of changing the zoning map or regulations involves at least one public hearing, or usually two, so as a citizen you have two opportunities to express your opinions.

Before we move on, we should explain that the zoning map changes are first heard and then recommended up or down by a body usually called the planning and zoning commission.

Sometimes the "planning" part is dropped. Usually the commission's recommendation passes on to the city council or whatever your town's governing body is called.

Often the governing body is more political, so they may or may not follow the commission's recommendation, which should be somewhat more tied to principles rather than to politics.

Losers at the governing body level can appeal only to courts. If the government has followed good procedure and fundamental fairness in avoiding a spot zoning, legal theory supports the court in giving the government the benefit of the doubt.

If you really need to understand this subject, read more detail about the principles behind these land use zoning regulations here.

So while the typical land use zoning ordinance covers a considerably larger number of topics than merely land use, the term land use zoning at least establishes that we're not talking about what school your child attends.

The principles behind the land use zoning ordinance are designed to make the built environment present a pleasing coherence and order:

• A key notion is to group similar land uses that are compatible with one another. In the end, compatibility is based on community standards and ideas. However, lists are often copied from place to place, and a considerable mystique has arisen surrounding this conventional wisdom about compatibility.

• Regulations are designed to present minimum and maximum acceptable limits for yards, lot coverage, height, and accessory uses (such as your detached garage or your storage shed).

If you think about it, you will notice that land use zoning and urban design are closely related. Although most ordinances don't venture into architectural design review, the regulation of building setbacks, driveway placement, height, lot coverage, fences, and percentage of lawn that must be maintained in turf grass are major design elements.

Although land use zoning is rarely sufficient to assure outstanding urban design, it does prevent some of the worst atrocities.

When property owners rezone, typically they are asking for a classification (another term for what we have been calling a district) that would allow them to do something they personally would like to do or that they think or know will fetch them more money if they are about to put the property on the market.

When governments institute the map change, however, it might be a down zoning (more often written with the words together). That means that the new classification would allow less density or intensity of use than the old one. For example, commercial property could be rezoned to residential if the government believes it will not be used for commercial purposes in the foreseeable future.

In our opinion, many more governments should consider downzoning when solid market research suggests that the zoning is too aspirational--too much of a stretch for current market conditions.

It's a tricky business, though, because courts are more and more inclined to rule that this is a "taking" and should be paid for by the government.

The Mixed Use Concept

As we've hinted, the idea of completely segregating land uses is now falling away, and many experts now advocate mixed-used development.

Mixed use simply means that land uses, usually referring to commercial and residential, are no longer completely separate. Mixed-use development now is popular because it can save miles traveled by automobile.

With technology advances, working at home is a realistic option, and the world didn't fall apart when more and more people started doing office work at their place of residence.

So-called incentive zoning might take the form of allowing an increased overall density of housing units on a developing parcel if a certain percentage is left in contiguous open space.

This also might be called cluster zoning, or it might include a density bonus. The phrase density bonus often is applied to multi-family housing, and sometimes there is an intensity bonus for office buildings that incorporate ground-level retail shops, a plaza, or some other amenity desirable to the community.

New uses always challenge land use zoning and present an array of new problems every year as technology or business practices evolve. For example, a hot topic now is whether to allow tattoo parlors in ordinary commercial zoning districts. (Our opinion is that a special use permit should be required.)

See our detailed pages if you need to know about some of these challenges, including bed and breakfast, condo conversion, short term rental, wind turbine, home business, or tower zoning.

A few uses once were considered inherently compatible with residential land use, including schools. Since most children now arrive by bus or automobile, however, school siting and land use zoning for private schools has become more controversial.

Court intervention has led to wide permission for group home or church zoning in residential neighborhoods.

Concepts to introduce flexibility into the ordinance include planned development, in which essentially anything meeting stated criteria and solidified into a binding site plan, can be approved. Be thoughtful about defining your standards, though, or you might be subject to a charge of contract zoning, a type of negotiation in which perceived favoritism is shown to a particular developer.

Another noteworthy land use zoning trend is for cluster housing, in which a large portion of a parcel can be preserved for open space and/or recreational use, while allowing some development, usually residential. While stemming from our housing section, this page has significant zoning content as well.

Just when you thought the rules were air-tight, now you learn that the world is full of weird triangular shaped lots and lots accidentally created when the federal government seized part of grandpa's land for a gun factory.

That's when you need a land use zoning variance. Sometimes it is called an exception or an exemption.

The theory behind the variance is that it should be granted only in the case of a unique hardship to the property owner if the ordinance provisions were to be strictly applied.

However, as time goes on, it becomes harder and harder to adhere to that theory of the variance. I'm afraid almost everyone who asks for one will get it in some towns.

Variance applications typically are heard by a separate body from the one that typically deals with the land use zoning ordinance.

This board is variously called the board of zoning adjustment, zoning board of appeals, or some similar combination of words.

This section includes a lengthy but thought-provoking page about the differences between rural planning and rural zoning, as well as a crisp discussion of an agricultural zoning district.

Alternatives to Land Use Zoning

Another approach emerging in the last 20 years is form-based code, which is more closely related to urban design principles. A sometimes related concept is the practice of dividing a town or metro region into cross-sections, each of which is known as a transect, which then are regulated through design guidelines.

In a transect approach, then, tall and massive building shapes appropriate at the core of the city wouldn't be encouraged at the outside edge, and vice versa.

Recently municipalities have been giving up on the difficulty and expense of preparing separate ordinances, and have been trying to incorporate some of the ideas inherent in form-based code and a transect approach into their conventional zoning ordinances.

A local law that often gets confused with zoning is the subdivision regulation. When you have a chunk of land and you want to make it into two or more parcels of land so you can sell some of it, that is called subdividing. You might be dividing your 400 acre farm into four 100-acre farms, and if your county had a subdivision regulation, you might have to apply to sell those newly created land parcels legally . So don't let the common meaning of subdivision make you think that subdivision regulations only pertain when you want to build tract houses.

The subdivision regulation goal is to make sure that every lot for sale is viable, that no awkwardly shaped lots are formed, and that each lot can be served by utilities and roads. It also establishes and publishes the surveying markers that will be used by professional surveyors to measure land and establish for sure where each property line lies.

As part of the zoning process, often specific binding agreements are reached with a developer. We are preparing a page on agreements between a developer and the municipal or county government. We also have written about a trend toward  contracts between a grassroots community and a developer, called community benefits agreements, that are a tool for neighborhoods to negotiate some concessions from a developer of a large-scale project, and for the developer in turn to receive neighborhood support for the project.