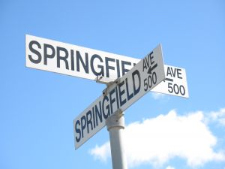 The utility of formalizing your neighborhood boundaries does extend to marketing your community as an important place that should receive attention from your local government, prospective homeowners, or rental housing investors.


The more people have a specific idea of the area you cover, the greater your opportunity for productive social media use, other forms of publicity, grants, and attracting residents and businesses.

It is also critical to know the neighborhood boundaries, of course, if you are going to prepare any grant applications or neighborhood plans. When you are writing a grant narrative, you will need to know the geography on which your data are based; in fact, if you aren't clear on boundaries, your likelihood of grant-writing success is minimal. Work on this now, not later when you are thinking about applying for a grant.

The size of the neighborhood in population and area depends on whether you are in a dense urban area, a small town, or a 50 square mile area with a population 50. There aren't any rules of thumb we can give you for deciding on a size. Simply put, a neighborhood extends until there is a different neighborhood character defined by some of the features and characteristics we will discuss next.

First, look at geography. Rivers, major highways and streets, sometimes railroad tracks or canals, parks and large institutions such as universities, or hospital complexes form natural boundaries. It's wise to fight those only if you have a strong historical basis for doing so.

For example, if the freeway sliced your neighborhood apart but you all still attend the same churches and schools, you probably should stick together. Even if the population characteristics change, a neighborhood of mixed income and mixed ethnicity can provide an intriguing mix of housing opportunities and experiences, which is something that our society desperately needs.

If there is no natural boundary, then you have to look at your patterns of interaction. Where do people shop, learn, go to the post office, worship, or participate in Little League or National Night Out? Those are strong clues. However, sometimes when you don't have defined boundaries, it's because these social indicators are contradictory or the area is in transition.

School district borders, sharp economic differences, a noticeable change in architectural style, governmental borders, taxing districts, and subdivisions, especially those with gates or prominent markers and strong reputations, can give you some important clues also.

Maybe the neighborhood consists of a community of interest, such as all of the lakefront property owners, especially when the lake is a very large one and the properties away from the lake tend to relate to one another more than to the waterfront.

If you're unclear about neighborhood boundaries, my advice is to keep talking and asking people what they think. In many cases eventually people will agree. If not, it's time for an arbitrary decision.

If you're wrong, you'll discover it in the course of preparing a neighborhood pl﻿an, trying to create an organization, or selling city hall or a reporter on an image upgrade or a funding need.

The real estate industry may resist if you're not reinforcing their own perceptions, but your needs to understand your neighborhood in a coherent way are more important than their need to create a sense of exclusivity when it suits their purposes. Real estate offices also will try to market less desirable properties as belonging to your neighborhood in order to increase the likelihood of sale or rental, so that's another reason to beware of their opinions.

But check on the data you will need, most notably the U.S. Census, before you draw a line. Having data on your population is a great help, and some data is not available at the block level but rather only at the larger census tract level.

When you divide the census tracts, you may not have a way to accurately obtain that data. (Information on population and characteristics of that population is called demographics, and you often need that information to complete grant applications).

If you have any history of other neighborhood organizations, what were their boundaries? If they don't exist anymore, did boundaries that didn’t resonate with people have anything to do with their demise?

Try to talk with people who remember previous efforts.

If they found insufficient talent or interest in organized activity within the borders they had established, be sure you know what is different now before you try establishing a neighborhood organization, or engage in the planning, marketing, and fundraising efforts that have led you to be interested in neighborhood boundaries. Sometimes a larger neighborhood boundary will be necessary where the neighborhood has suffered sharp population declines or where the talent base simply is insufficient for what you are trying to accomplish.