A Rural Neighborhood Should Involve Everyone 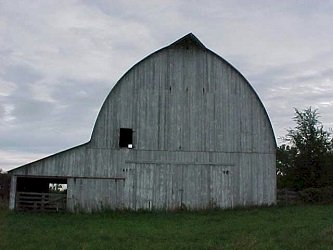 When we think about community organizations, a rural neighborhood may not come to mind. But actually I grew up in a highly rural area completely dependent on the agricultural economy, and it was definitely a neighborhood.

By that I mean that we knew which roads were in the neighborhood and which ones weren't. While some families were better friends than others, there wasn't any doubt about who "belonged." When there was trouble or rejoicing, we knew who our people were.

When I taught introductory urban and regional planning to college students majoring in something else, I asked who grew up in a neighborhood and who didn't. There wasn't any difference among cities, small towns, and rural areas in the percentage of people who felt they grew up in a definite neighborhood.

Organizing for Results in a Rural Neighborhood

But more than just the general sense of belonging that stems from being part of a neighborhood, forming an organization can be useful in obtaining good maintenance for your roads, attention to your rural housing needs, and assistance with problem properties, people, or theft.

When you do that, you let your county or township authorities know that you  are serious about results, and you are willing to work to make your area special. You also might be able to revive an old organization, whether that is a school support organization that no longer exists because the school district consolidated with other schools, a former church that no longer meets, a rural co-op that no longer operates, or a women's club that doesn't meet now because the women are working in town during the day.

Regardless of whether you have to start from zero or whether you can revive a sleeping organization, this page contains some advice.

Tips for the Rural Neighborhood

1. If you do not have a clear sense of boundaries for your neighborhood, ask people and see if any consensus emerges. If not, draw a boundary arbitrarily and start work. If you learn later that others are offended because they were omitted, or that you actually have a common issue with another group, you can expand your boundaries. Try to stay within the same school district.

In rural areas, you may not have a name for your neighborhood, but if there's any old historic place name, start using it. Or if you can easily fabricate one based on the name of your local mountain peak or stream, do so. But in rural neighborhoods, it isn't essential.

2. Investigate whether an existing group will serve the purpose if you can expand it so all members of the family are invited. Sometimes there's a farm or hunting group, and only the men tend to be invited. Or the women might have a social club. And the children already may be involved in 4-H or maybe scouting.

If the existing group isn't enthusiastic about allowing everyone to come in under their tent, you can always form an auxiliary group, such as "XYZ Club Friends." But then you need to be inclusive, if there are households in your geography that weren't part of the original group. It's just that tagging onto an existing group can make an easy start.

3. If there is a need to socialize that's readily apparent, give that plenty of space in your meetings. Food and talk are important to rural families. In fact, if you do nothing but socialize for awhile, that's fine in rural neighborhoods.

4. Build loyalty to a rural way of life, and to the things that are great in your particular community, among children and youth.  You think they will stay, but chances are good that unless both the self-employment income or jobs, plus the social scene, offer good prospects, they will not stick around.   Our favorite way of figuring out what will appeal to these age groups is to break down and ask them!

If a gripe or a problem readily emerges, start brainstorming about steps you can take to ease the problem.

Whether you find a personality conflict or people forming into camps on different sides of a disagreement, try to get neutral, well-respected people to help defuse the situation.

Often in rural America, serious problems are easy to see, but hard to talk about. People don't really want to admit that they're losing population, it's going to be hard to keep the school open, and the brave talk about finding a new owner for the café isn't going to materialize. This basic problem of the community having lost its economic viability slowly over several decades may take a lot of patience to deal with. If people can keep communicating respectfully, lovingly, and in good faith, either the solution will appear or individual households will make the best possible decisions for themselves about how to deal with this new reality.

If people are unwilling to jump right into direct dialogue about the problem, do what rural folk do: talk for 20 or 25 minutes about the weather, the horses, how bad the younger generation is, and so forth, until someone has the nerve to talk about the business at hand. If that doesn't come until after the chili supper, the barbecue, or the bonfire, so be it.