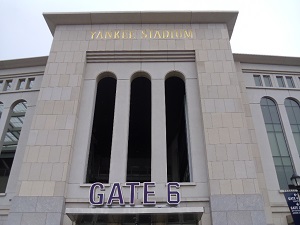 Was the Yankee Stadium Deal a Community Benefits Agreement?

Community benefits agreements, which sometimes are abbreviated as CBAs, typically are binding contracts between developers of large-scale projects and community groups.  Generally developers enter into negotiations for these agreements because they need or want community support for the development proposal and want to neutralize resident opposition to the project.

In our time as city planners, we have become aware of the details of community benefits agreements that were splendid wins for neighborhoods, some that sounded great but were not adhered to, a couple that showed terrific promise but did not yield many benefits because of cleverly worked out loopholes, and several that offered meager results, but results nevertheless.


What Community Benefits Agreements Include

The most common categories included in these community benefits agreements are hiring preferences for local residents, affordability requirements for any housing incorporated into the development, requirements to pay prevailing wages during construction, and measures for keeping residents informed about the development.

Some CBAs incorporate statements of principles to be followed during the development process and sometimes for as long as 30 years after project completion.  Others zero in on specific actions developers will take. The agreements tend to be heavily tilted toward mandating what the developer will do, but many developers also have been successful in requiring the neighborhood to voice its support for the development and even sometimes not to sue the development team.

In terms of hiring, the construction phase tends to be emphasized over anything that occurs after construction, but here again sometimes community interests are able to bind the developer to support local hiring even among project tenant businesses.  Some CBAs speak to union labor requirements or preferences, but percentage goals or requirements for hiring local residents are even more prevalent.  Sometimes this is termed "first source hiring" for neighborhood residents. "Prevailing wage" or "living wage" provisions are common also, whether or not workers come from the immediate community.

Our experience suggests that you should be especially wary about who is charged with monitoring or enforcing such requirements. For example, one of us worked for a city government when we noticed that the agreement said the developer will hire a percentage of neighborhood residents, but then appropriate offices in the city government said they did not have to monitor compliance. In that particular instance, we don't think any entity ever stepped up to see that the developer and his contractors followed their promise.

Affordable housing goals most often are expressed as a percentage of total housing units to be constructed.  Sometimes degrees of affordability, pegged to different percentages of local median income, are spelled out.  Occasionally we also have been the CBA specify a maximum percentage of housing units that can be devoted to housing affordability. Usually the length of time during which affordability must be maintained, commonly 30 years, is specified. Housing unit types, tenant demographics or characteristics, housing unit sizes, or architectural styles may be agreed upon.  A requirement for on-site management 24 hours a day may be applied.

Types of business tenants often are spelled out in the agreement.  Specifically big box stores may be prohibited, and the percentage of business tenants that represent national or international chain stores often is limited.  Drive-through restaurant windows, or even all fast food, may be outlawed. Alternatively a preference or requirement for "small" and "local" businesses may be stated.  The agreement may require the developer to seek out and lease to specific types of businesses, such as grocery stores or other necessary goods and services.  Goals or requirements for percentages of minority- or female-owned business tenants might be included.

Community benefits agreements may include environmental requirements of many types. Often but not always the emphasis is on the construction phase, when mitigation measures for dust, noise, pest infestations, or air or water pollution may be prescribed.  (Mitigation means an action that reduces how severe an impact will be.)  Detailed measures for abatement of asbestos or lead hazards could be incorporated.  Sometimes meeting a national standard for green construction, such as LEED, will be required.  Acceptable or unacceptable street tree lists might be written in.

Job training for neighborhood residents is another frequent type of community benefit covered by these contracts.  This may be expressed as project-related construction trade training, job training in general paid for by the developer, or internship, job shadowing, and apprentice programs incorporated either during or after construction.

Traffic impacts of the development, or even solving already existing traffic problems, may be the subject of further clauses in the community benefits agreements. Sometimes development or maintenance of pedestrian and bicycle facilities is required.

The agreements sometimes call for the developer to install, upgrade, or maintain community meeting space, outdoor community gathering spaces such as plazas and amphitheaters, or recreation centers.  The development group might contract to maintain historic properties or monuments, to build a child care center, to provide free meeting rooms for the community groups that are parties to the agreement, or to provide residents with free goods or services that are products of the major tenants.  For example, the New Jersey Nets provided free basketball tickets to community members, and the Peninsula Compost Co. in Wilmington, Delaware provides free compost to neighborhood residents.

Capital improvements for the neighborhood, such as new street lighting, parks, benches, street trees, and sidewalks, may be addressed in a community benefits agreement.

Some agreements require a developer group to conduct particular types of studies relevant to the supposed project impacts.  Others require the developer to set up a neighborhood improvement fund or provide interest-free loans to nonprofit housing developers outside of but near the project area.  The developer might agree to contribute money to a local school, arts program, or youth program, or to a community development corporation.

Some of the CBAs we've seen address construction materials, height, and other details that often are the subject of municipal development agreements. Our advice is that these details can be appropriate, particularly if the municipality does not have much legal authority to impose such restrictions, but that all parties should exercise caution to prevent conflicting provisions in the community benefits agreements and the developer agreements that spell out the city's conditions of approval.

Often the agreement will call for the developer to provide transparency about its performance on the action items in the contract.

Community benefits agreements can be a way for neighborhood groups to gain substantial leverage with a developer.  We think engaging in the time-consuming and expensive process of negotiating and drafting these agreements is justified when:

Lastly, we have to note that like many good concepts before, the whole notion of a CBA seems to be deteriorating to mean anything that is good for the community. So don't be surprised if the connotation of the neighborhood dropping its opposition to a development in return for concessions from a developer seems to be absent in a hot discussion in your particular city.