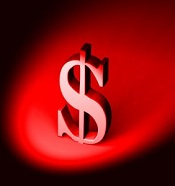 Community Development Banks are one of the five types of CDFIs (community development financial institutions) recognized by the U.S. Department of the Treasury.   These are ordinary retail banks providing checking and savings deposits in a predominantly low- to moderate-income census tract.  All of them that we personally have visited have been in a low-income neighborhood.

In answering a visitor question, we already talked about what is a CDFI.  It's sufficient to say that both CDFIs and community development banks are socially motivated to reduce poverty and its negative impacts.  It is this emphasis on low-income neighborhoods as deserving of good banking services and as a viable and underserved market for commercial banks that sets these institutions apart.

These banks emphasize targeted lending to lower-income business enterprises and individuals located in the community.  Many of them are committed to keeping these loans in their portfolio.

I first visited South Shore Bank in Chicago as a graduate student.  This bank had been started on an idealistic basis in 1973, with the idea of attracting deposits both from neighborhood residents and from socially motivated people around the country. South Shore became ShoreBank along the way and expanded to Detroit and Cleveland.   Then in 2010, the Great Recession, and maybe some divisive politicking about whether the bank would receive a federal injection of capital, were the immediate causes of bank failure. Nonetheless, some of their history is instructive.


Personal community outreach was a hallmark feature in those early days.  People from the minority communities were not so eager to deposit their hard-earned money in a bank.  If you grew up as part of the majority, you may not be aware of the depth of suspicion of banks and other financial services that many African-Americans and Hispanics carry as part of their family heritage. This persists today in many cities.

South Shore actually made home visits and engaged people on the busy street outside of their facility in conversation, trying to dispel fear from potential depositors.   On subsequent visits there, I saw some of these conversations.

After a number of years, I still remember one older African-American woman who was adamant that since a door-to-door salesman once sold her mom and dad a much-overpriced life insurance policy, she couldn’t trust a bank with Caucasian employees.

On the lending side, the bank was equally aggressive about seeking to promote the interests of the low-income community through supporting small and minority-owned businesses serving the locals with loans that would have been considered "unbankable" by the rest of the industry.

As an example of interesting programming, during the first half of their history, they mentored as many as 100 of what they called "mom and pop rehabbers," or small businesses that did housing rehabilitation.

Other Examples of What Community Development Banks Do

To find the names of some community development banks in your area, as well as other helpful information, you can check out the Community Development Bankers Association website.

Obviously many cities thrive without this type of financial institution, but the designated community development bank offers the hope of increasing the financial security of households that otherwise might be able to get a loan only from a predatory lending organization.

Predatory lending is a different topic, but it means very high-interest short-term loans, with a business model of expecting that the loans are not paid off in a timely fashion and accrue triple digit interest to the lender. A common example in many urban areas is the storefront payday loan business.

Banks specializing in predatory loans may seem more approachable for minority businesses and the poorly capitalized mom and pop, or mom and mom, type of businesses seeking a business loan.  Some of these represent future job creation for the community if they can survive the early struggles that are perilous for almost any small business.

We would hope that the greater exposure to the real world of poverty would cause officers of these banks to devise new products and new service delivery and outreach methods that would be hospitable to the needs of their particular community.

When a bank is driven by a community development mission, the situation offers great possibilities for synergies among business formation, business retention, business attraction, and housing renovation and home purchase.  These banks can offer microloans and other flexible credit products, as well as low-cost and free checking and savings accounts, tailored to the neighborhood's particular customer base.

As the recent mortgage-related crisis revealed, there are many down sides to making sub-prime loans.  First and foremost, the bank itself may fail, as we see from the ShoreBank example.  Secondly, home buyers who get in over their heads may face a sudden mortgage crisis and lots of personal angst if there is an unexpected major repair or a sudden loss of job.

In the case of community development banks, we would add that if a loan is considered unbankable by ordinary banking standards, such a loan needs to be provided only with a sharp eye toward what supportive community services are available to the customer.

Those might be personal counseling, cleanup of convictions that hinder securing a good job, bankruptcy or debt restructuring, providing leads from business customers on better jobs, and dealing with other dramatic needs such as community mental health or the drug and violence culture formerly addressed by the Weed and Seed program.

A good CDFI would make referrals to any and all of these services, don’t you think?  We keep hoping that all U.S. banks, or at least all with any pretense of a retail presence in the community, would act as community development banks.  Barring regulatory pressure to do so, however, that seems to be a very elusive policy goal.