Systematic Down Zoning and How to Critique It 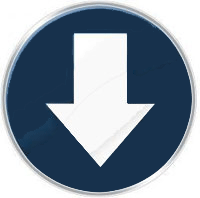 First let's define the term down zoning, usually written by professionals as downzoning. In general when people talk about more housing density or more intense commercial or industrial development, that's "up" in the sense of what the real estate industry calls the highest and best use of land.

Then when density or intensity of land use is being lowered, that's a decrease in how many housing units can be built or how intensely non-residential land can be used.

Historically at least, although there is little evidence to support this way of thinking now, the highest use would be industrial since it provided the economic base for our communities in decades past, next would be commercial, then multi-family residential, and lastly single-family residential.

Incidentally we just keep the words separated because we find that often people who do not work in the field have more trouble comprehending the term when it is compressed into one word as the zoning and planning professionals do.

Down Zoning in Residential Districts

California and Arizona, among others, have enacted prohibitions against down zoning from a residential zoning classification that prohibits more dense, and therefore more affordable, housing to a single-family classification.


The motivation for such laws or regulations is the need for housing affordability.

These are useful regulations inasmuch as they try to legislate against discriminatory attitudes toward lower-income housing. In truth, American society probably cannot afford much more single-family housing than we have already.

Effort should be invested into making denser housing more architecturally and functionally appealing, rather than in keeping it out of communities. Also mixing the income levels will prevent some of the perceived damage to a neighborhood that a concentration of poverty causes.

This is delicate. Many neighborhoods rightly perceive that their rental housing occupants are less invested in the neighborhood and that especially rental units owned by absentee owners sometimes are poorly maintained.

So the neighborhood may be acting simply from self-preservation when it tries to assure that vacant lots are not redeveloped as multi-family apartments. Yet affordable housing advocates argue that the single-family homes in the area are prohibitive for some who would like to live there.

So apartments to single-family homes is one type of down zoning controversy that is common right now. A very different sort would be requiring an area formerly permitting quarter-acre lots now to meet a one-acre minimum lot size.

A property owner may see this as a reduction in total revenue that could be generated from development of his or her land. And the city government might have yet a third opinion about whether the smaller lots would be compatible with the rest of the neighborhood from an urban design standpoint.

Many times on this website, we're able to give a clear if opinionated recommendation. However, the real answer as to whether down zoning is appropriate is particular to your situation and its facts.

To be defensible legally, please do your homework and make any program as comprehensive and rational as possible. Try not to respond to piecemeal requests from property owners, and endeavor to sail above neighborhood opinion when it's wrong-headed.

An up-to-date housing plan or study is essential to back up any large-scale zoning changes that the municipality proposes. This is a vital part of any planning program anyway.

Keep a close watch on residential demand, and any mismatch that develops between supply and affordability.

Down Zoning in Commercial Areas

We think communities should look at the amount of land that they have zoned for commercial and industrial uses, and become realistic about what the market requires.

Since heavy industry does not seem likely to return to many U.S. communities any time soon, cities should probably take care to see that the isolated exception does not become a problem to the community if built.

We would be in favor of going through the zoning map and making sure that you really need as much commercial land as you have permitted as well. For some thoughts on the complications of this type of action, see our answer to questions about rezoning from business to residential and a more unusual one about a ballot initiative downzoning a land parcel.

If past governing bodies have caved in to pressure from property owners seeking to maximize their property values, to the point that now your zoning map gives no guidance at all as to where you really prefer your next commercial development, it might be time to do a study.

Now, on the other hand, the danger is that some court will rule that you are taking a property right away when you down zone! That's amazing, since it's the public sector that created the premium on the land value by zoning it for commercial purposes in the first place.

Citizens' tax money paid for the roads and other infrastructure that no doubt accompanies the commercial or industrial zoning.

However, to make any down zoning program feasible, it's critical that the entire town or city be studied comprehensively, problems with the current zoning classification identified clearly, and all equal properties be treated equally.

If the down zoning action is in any way piecemeal, or if it seems through even circumstantial evidence to be based on complaints from the neighborhood that are not germane to zoning as such (such as nuisance complaints), your municipality will lose in court.

Obviously a measure that seems to be discriminatory against an ethnic minority or against a certain income class would have a difficult road through a court system also.

But it's not all about the courts. It's about keeping your town current in the face of trends you largely cannot control, including national and international business practices, consumer preference trends, lifestyle shifts, cost to build housing, and global economics.

Like all zoning matters, be certain that your down zoning treats similar properties fairly, and that it is based on sound research and fact finding.

Think About These Too: