Enacting A Existing Building Code Helps,
But You May Need More 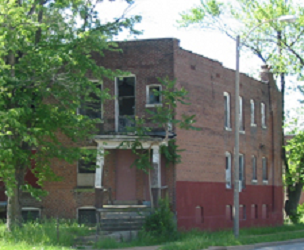 In essence, an existing building code applies to renovation, major repair, and alterations of or additions to all buildings already in service regardless of their use. Its purpose is to provide  alternatives to the regular building code, which covers new construction, while still assuring safety and soundness of the original building. This flexibility will be greatly appreciated by anyone who has worked with configuring contemporary spaces within an older building while still meeting all the codes that a city may have adopted.


Chances are that your "existing building" code, if you have one, is based on the standard model code written by the International Code Council. This is the major organization convening teams of professionals to write model codes today. We are using the quotation marks around the term to emphasize to you that we are speaking of a code that governs already constructed structures, rather than the requirements for new construction.

Our experience has been that it is easy for people to skip over the word "existing."

Typically your town council would adopt the set of provisions by referring to the ICC code book in a local ordinance (law).  Your council might or might not add a few local amendments to adapt the model code to local conditions or customs, or make it more stringent or more lenient depending on local preferences and even politics.

When a city decides they want to write some local amendments, we have found that after a few months of floundering around, the building official begins to get behind on other work and therefore becomes less demanding that exceptions for unique circumstances are absolutely necessary. If there is a construction industry advisory council or any city board or commission that watches out for these things, they too become overwhelmed and decide that maybe the standard code wasn't so bad after all.

In our one and only experience of the planning commission expressing an interest in an existing building code, after a few futile months of combing through paragraphs they could barely understand, they decided that all that was important was the adoption of the code. Local tweaking didn't seem important any more.

All of this is to let you know that in the real world, it is pretty common for city councils to simply adopt the code as written.

What's In the Code?

As we said, it is not the same as a building code for new construction.

As another example, minimum standards for building elements that might require major structural revisions in older buildings, such as changing stairway or doorway width, either may be more leniently regulated or waived altogether.

The ICC code allows contractors and property owners to choose one of these three methods to meet the code:

Recommendation for an Existing Building Code

We applaud the general approach of encouraging both recycling buildings instead of demolishing them and the more specific concept of adaptive reuse, which means that the building use is changed into something economically more viable than the original intended use.

We just think that the ICC set of codes may be confusing for small towns and cities, and certainly for neighborhood organizations that want to lobby their city for a specific type of code.  Each of their codes has a purpose, and there is some overlap between the existing building code and the  property maintenance code.  The latter allows for enforcement of provisions such as requiring that wood and metals subject to rust or corrosion have a protective covering, such as paint, in good condition.

The Need for a Tailored Housing Code

All of this bring us to the fact that neighborhood revitalization, or simply preventing neighborhood decline, point to the need for an existing housing maintenance code. Any existing building code program should include something to address specifically the maintenance of single-family and multi-family homes apart from whether they are being renovated or altered.

This can be accomplished through adopting available model codes, such as those just discussed, and adding local standards of best practice in keeping housing stock up to date to the extent you find gaps in coverage.

The housing maintenance code can address matters normally specific to housing based on local standards and particular building types that may not be common elsewhere and therefore are not addressed well in the international codes. Local building materials and preferences also can be accommodated, and requirements can be much simpler than those found in model codes if the municipality wishes.

It's one thing to regulate housing renovation and quite another to regulate maintenance well. To be plain, we think that the ICC codes are at their best when there is construction involved, but sometimes we think they are lacking in terms of maintenance. We find the "repair" aspect of the model existing building code to be too vague to assure that minor maintenance items are addressed periodically before they become major expenses endangering the viability of the housing unit on the market.

Various communities around the U.S. and the world have experimented with systems for inspecting housing quality. Famously, New York City has a housing maintenance code applying to rental housing.

Starting with University City, Missouri, other cities and suburbs have tried an inspection system that allows for a wide variety of interior and exterior conditions to be required to be brought up to current codes when any housing unit changes tenants, whether that be an owner-occupant or a renter. A so-called occupancy permit then is required before the new household can move in.

The inspection of the housing unit when vacant seems the least problematic all around. It tends to limit most people's objections to the inspector visiting the premises, and it also is an opportune time for the economic impact of the needed improvements to be taken into account in the form of an increased sales price, or increased rent.

Requiring an occupancy permit, based on complying with a housing maintenance code, before allowing a new resident to move in seems a sensible way to address the issue of an aging housing stock, and a stronger plan than simply an existing building code.

The political problem with our line of thinking is that individuals will argue, sometimes correctly, that once cities start regulating something that would not require a building permit under normal circumstances, it is a slippery downhill slope toward regulating aesthetics and purely cosmetic matters.

So your town or city has to decide how aggressively it wants to exercise its police power, as the general authority to regulate is called under state constitutions, to force property owners to keep housing well maintained.  However, most municipalities are unwilling to push their code enforcement authority as far as to allow the so-called "right of entry" onto private property for their inspectors to be applied to the interior of homes except in the case of obvious foul smells or something else seriously amiss. In fact, if our emails from site visitors are any indication, municipalities have their hands full  just handling the politics of allowing any code inspections beyond what can be seen from driving by a property.

The public interest involved is that when two or three houses on the block neglect ordinary maintenance, even if it is "only cosmetic," as opponents will say, property values can begin to spiral downward. When houses don't sell or when new buyers can't get mortgages, this begins a process of neighborhood decline that does not reverse quickly.

The extent to which that occurs will depend on other locational advantages and disadvantages, as well as the degree to which the very characteristics of the housing, such as number of bedrooms, size of closets, floor plan, and size of the home itself, remain popular in the marketplace.

If you pursue the path of a housing code that incorporates the existing building code, or the property maintenance code, you will need politics on your side.  You also might face some resistance based on fears of illegal overreach. You will need facts.

We think you can demonstrate that the police power of the city is being used in the public interest if you have good data on which to base your judgment that it is important for your city to be vigilant about the condition of its housing stock.

That might be comparative data about relative age and condition of housing in different parts of a city or metropolitan area, or it also might be data based on the vulnerability of a particular type of housing to an early demise or to natural disasters common in your area. You also can assemble information about the number of vacant homes, length of time homes are on the market before sale, foreclosures, tax payment delinquencies, housing value trends in the various neighborhoods of your community, and such.

When cities had more money available to inventory housing, frequently they would conduct windshield surveys (meaning the inspector or planner didn't leave the street) to subjectively or somewhat objectively, using a checklist, evaluate the condition of the existing housing.  We now have written a page on how neighborhood groups or the municipal government can do a housing condition survey.

Of course it will be a more sophisticated survey if performed by professionals, but amateurs can carry out a survey that will be quite useful for a neighborhood association. We also think amateurs trained by a professional could carry out a competent enough survey to assist in your arguments for adopting a customized code.