Transect Based Land Use Is Flexible

In biology the concept of a transect originally meant a line or a cross-section through a defined space along which there is a progression of flora and fauna could be found. But in recent years city planners, particularly those of a new urbanist persuasion, use the term to refer to a progression of land uses from the center of a city to the rural area, or vice versa.

A founder and leader of the new urbanist movement, the Duany Plater-Zyberk firm, used to display a chart on which the transects of a typical wilderness to urban progression are referred to as the Natural Zone, Rural Zone, Suburban Zone, General Urban Zone, Urban Center, and Urban Core.

The theory goes that this classification system can explain and guide the continuum of natural systems into the urban environment, and of human economic systems into the rural environment. They propose that design guidelines for each transect are nearly universal. 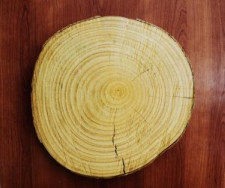 In theory, cities develop in concentric circles, as do trees. The reality is often more complex.

Some purists would try to talk your city into substituting transect theory and design guidelines they might call the SmartCode for the zoning ordinance entirely.

In traditional zoning, mixing the residential and commercial uses is usually strictly forbidden. If the municipality is a little more contemporary, they may designate a mixed-use zoning district, but still the requirements for review often are quite stern.

But if you use the transect concept, the municipality looks at land uses as a continuum from wild lands to downtowns.

Even the most staunch proponents of this notion admit that some land uses are not neatly covered, and that often a particular land use, such as a large civic building, may be appropriate in a zone otherwise emphasizing smaller buildings. So in this sense, we could say that transect-based design guidelines are much more flexible than typical zoning.

Not only land uses, but also regulations covered by the zoning ordinance, such as minimum setbacks, are subject to this looser type of land use and building regulation. For example, the design guidelines may state that the setbacks should be relatively large or relatively small.

At a practical level, however, someone who really understands urban design or small town design must write the design guidelines. Typically the design guidelines would describe do's and don'ts of design for an individual site, including architecture, landscape, and how it all works together.

How to Begin Implementing a Transect Approach

If you're still reading and seriously considering a transect or SmartCode approach for your community, it is essential that you also read about the related idea of a form-based code.

Although the SmartCode takes awhile to master, if people have been trained in zoning theory, in the end it may be simpler than traditional zoning. Needless to say, it must be skillfully written and administered. You'll need a city planning consultant unless you have a planning director with a lot of time on his or her hands.

However, despite the learning curve, the results could be spectacular in creating lively places that incorporate sound design principles and provide an understandable continuum of higher density of housing and intensity of land uses toward the center of the city, and an intelligible change in the landscape and building types as one approaches rural areas.

This approach would be wonderfully appropriate if an entire metropolitan region wants to plan in a unified fashion. Usually we let suburban governmental boundaries stand in the way of such true regional planning or a good regional governance system. But if we're smart enough to plan the entire urbanized area and hinterland as if it were in one political jurisdiction, the transect idea would be very applicable.

However, if truly implemented across a metropolitan area that includes a good number of suburbs, based on our experience, we predict plenty of squabbles would erupt. This would be especially true if any part of the region were to be somewhat or highly dependent on real estate property taxes as a revenue source. Since presumably the shape of a growing region would evolve over time, the locus of any particular suburb along the continuum might shift from time to time, leaving a suburb to scramble to administer the transect system.

Even worse, one of the authors of this website consulted with a city flirting with this idea, but then the leaders back down when they realized that because the metro area spanned two states, the land use enabling legislation would not allow for the concept to be fully implemented without raising considerable risk of litigation.

Because the cross-section is theoretical, it doesn't fit every situation. For example, in the American Midwest and many other places in the world where agriculture has dominated for a century or more, there may be no wilderness or natural zone in the sense that transect proponents often discuss the idea.

Conversely, where suburbia has dominated for a long time, or even where all the development is suburban in type and there is no historic downtown, the cross-section also does not make sense.

We would add that other zones along the rural-to-urban spectrum may not exist in a particular environment as well, so it's up to the community whether or not you want to create a dense downtown core and whether the continuum idea really works for you. Obviously communities that are already built up right up next to the ocean or the mountains may not find this classification idea totally applicable.

We also think the transect concept is more useful in urban planning for newer and still developing areas than in built-out cities where it would be jarring to roll back traditional zoning and start using a transect approach to all new and infill development.

In sum, we think this idealized progression fits many circumstances, but you have to adapt it to what is appropriate in your community.

Read About Some Highly Related topics