Wind Turbine Zoning May Be Controversial 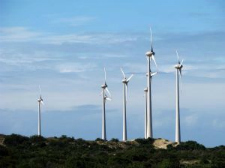 Wind turbine zoning at a small scale presents a dilemma to any municipality seeking to promote green development and sustainability. With sustainable energy a hot topic, with the LEED® standards from the U.S. Green Building Council awarding points for green energy, and with individual homeowners trying to lessen dependence on big utilities, this subject will pop up in cities, suburbs, and towns.

In this article, we will emphasize how zoning ordinances treat a single wind turbine or the small rooftop wind turbines.  We will only touch briefly on wind farms where a large number of windmills are situated on a rural property. Many of these rural locations will not be subject to a zoning ordinance, but a few readers will need some guidance on this topic.

First we will discuss the issue of a single wind turbine mounted on a high pole, providing electricity to the property owner. More than half of the U.S. states allow "net metering" in which an individual may sell excess electricity generated back to the power grid, and this arrangement is fairly common around the world as well.


Many smaller municipalities would not know how to deal with such a request, so start thinking about how to revise your zoning regulations to deal with an immediate or future possibility. As a rule of thumb, experts say that turbines need to be 20 to 30 feet higher than anything within a 300 foot radius of them, including trees.  Another rule of thumb will be that rotors need to be 18 feet in diameter to meet all of the electricity needs of a single-family home. So if you have no wind turbine zoning provision, you see that it might create havoc if a property owner plans to install one. Of course, many towns may not have any locations suitable for wind energy generation, so this will be a moot point for them.

Usually the ordinance will define a structure in such a manner that a single turbine would have to be reviewed as a so-called accessory use under zoning, but height restrictions and limits on the number of accessory uses (other examples are garages and sheds) would stop the proposal in its tracks in many locations.

If you find yourself with a zoning ordinance that is silent on the subject of wind generation of electricity, refer to any tower zoning, cell phone zoning, or antenna zoning provision that you may have for ideas on how you want to a tall, slender object that is similar in some ways.

Usually it is helpful to divide wind turbines into small and large, based on their energy output. But even "small" may seem like a problem to planning commissioners who aren't ready for a 60-foot tall spinning object in back yards.

Until the technology is more widely understood by the public and elected officials, we recommend that wind turbine zoning for the tall, free-standing devices be restricted to instances in which a conditional use permit is granted. A conditional use permit usually requires exactly the same process as rezoning. In other words, public hearings before the planning commission and city council are to be expected.  A few cities and counties may simplify the conditional use process.  Under such a permit, the governing body can require "conditions" for construction or performance on an ongoing basis. Often the ordinance allows a city or county council fairly wide discretion on what these conditions will be.

Thus far people seem pretty much united in the notion that we don't want a single-family residence in a subdivision erecting a tall wind turbine. But a single house on forty acres or even four acres, with no close neighbors, might be a different story.

There are many types of wind turbines coming into production, and a Minnesota model ordinance in 2005 divided them into commercial and non-commercial scales. You may want to do the same. Just be aware that outputs, height, and thickness do vary.   Mostly on this page we address the windmill in close proximity to residences, but commercial scale installations on farmland are becoming quite common.  If those areas are zoned, you will need to consider carefully how and whether to accommodate hundreds of windmills in agricultural zoning.

So the question becomes how much land is enough to prevent a wind turbine from having a negative impact on the neighborhood? The National Academy of Science has recommended a 2600 foot setback, about half a mile, from the nearest home. Other recommendations and ordinances have allowed much less.

If you adopt our suggestion for requiring a conditional use permit, you should have a professional engineer specify the "fall zone" for where the turbine could conceivably land if it were to topple. Certainly your setback from both property lines and buildings that may lie on the same property should exceed that fall zone.

We are early in the process of determining what is appropriate and whether there is any real reason for planning officials and the public to be concerned about neighborhood impacts. Also the technology is advancing, so design changes in the products available might make a real difference in their performance characteristics.

Another issue that neighbors will be sure to wonder about is noise, an actual complaint when wind turbines have been installed somewhat near residential neighborhoods. However, this problem seems easily addressed. The wind turbine zoning amendment simply should refer to the acceptable decibel level (a measure of noise) in residential neighborhoods, providing one has been established either through zoning or in a separate ordinance.

If not, the highest level of total noise on a regular basis you should tolerate at the outside wall of any house is probably 40 decibels, abbreviated dB. (The higher the decibel number, the louder the noise.)

Our recommendation is to provide through wind turbine zoning that the ambient (existing normal) noise level at the property line could not be increased by any more than 10 dB through addition of the turbine. If you face opposition, of course permitting no increase is a viable option.

Height is certainly an appropriate concern, and related to height is appearance and community design. While almost all residential zoning districts specify a height restriction, wind turbine zoning will need to be realistic about the products and technology available.

A minimum clearance from the ground to the lowest turbine also must be established. At least 12 feet is recommended. Other setbacks, such as from roads, rivers, streams, wetlands, conservation areas, or scenic or historic sites may need to be established.

The fact that the stem of the wind turbine designs now most prevalent is slender means that the mass of a single turbine will not appear to be great. The most common design also is white or near-white, with the effect of a graceful appearance to most people. Some will find them ugly because they are unfamiliar. In fact, however, the design is simple and pleasant enough near newer suburban neighborhoods.

The appearance debate seems much more viable when the proposed wind turbine zoning is adjacent to a vintage neighborhood or historic district. The wind industry will have to be resourceful to design a complement to a richly textured neighborhood.

Commercial wind farm zoning also presents the same issues of noise, appearance, height, and proximity to residences. I personally find a large wind farm in a rural or industrial area not at all offensive in appearance, but it will be a matter of lively local debate. We recommend that in a county or town with an agricultural zoning district, wind turbine zoning be allowed with a conditional use permit.

In industrial or commercial zoning districts, you certainly need to require the conditional use permit so that you can control individual site conditions. Generally, we like the potential of applying a wind farm zoning overlay in areas of your city that are appropriate. This can provide that some debate occurs before an actual case arises, which is always good policy in zoning matters.

Sometimes more offensive situations are proposed. See how we handled a site visitor's question about industrial wind turbines in a residential zoning district.

A few other requirements apply. Require that feeder power lines from the turbines be buried underground, as those would be some high and ugly wires. We think almost every contractor is doing this automatically, but there always seem to be exceptions. Also require compliance with FAA or other aviation authority's regulations, which may include a small light. You probably will want to include language making it clear that any type of safety warning signs suggested by the manufacturer are permitted.

We want to add two last things. You will hear from bird lovers that wind turbine zoning would cause terrible collisions for our feathered friends. Although there are many other more significant hazards for birds, it would be wise to avoid known nesting and migration areas.

But also there is a rumor that wind turbines might interfere with cell phone reception, and we're mighty cranky when that happens. While all types of signals might be lost right under the turbine, we do not think this rises of the level of a zoning concern.

The trade association for the wind industry is the American Wind Energy Association, which can be expected to provide up-to-date information on the technology.

Although several companies have launched small rooftop wind turbines that they advertised as appropriate for everything from commercial buildings to single-family residences or smallish buildings, the truth is that everything we have seen so far has been a failure. They have been a failure in generating the amount of electricity advertised, which after all is the maximum theoretical quantity if the wind was steady and fairly strong all the time. Thus far they are not silent either, despite at least manufacturer marketing them that way.

And lastly, the appearance of the ones mounted on slender poles on top of commercial buildings or tall multi-family residential buildings has been just silly in our opinion.  Some companies have been trying to design shapes more like spheres, which at least might be somewhat more attractive if they became small enough. But it seems to us that there is a long way to go before this holds true.

A new manufacturer enters the market with a different design every few years, it seems. At some point some firm may crack the formula for a reasonable payback. So far the payback periods have been highly unreasonable. Also issues of design and noise may be resolved.

But until then, our advice is that zoning ordinances should not allow rooftop units.  As technology changes, you can revisit that subject. At appropriate times, we have no doubt that the international codes building and property maintenance codes will address safety standards, and your local design guidelines, historic district standards, CC&Rs for deed restricted communities, and architectural review processes will pick up the slack in regulating design.

The trade association for the wind industry is the American Wind Energy Association, which can be expected to provide up-to-date information on the technology, both for large and small wind installations.