Block units, also called block clubs in many cities, allow neighbors to organize themselves very informally for social or action purposes. Sometimes the motivation might be fighting crime, keeping an eye on senior citizens or vulnerable populations, protecting children on the way to and from school and after-school activities, or dealing with real or perceived threats from commercial neighbors, speeding, or abandoned or poorly maintained houses . 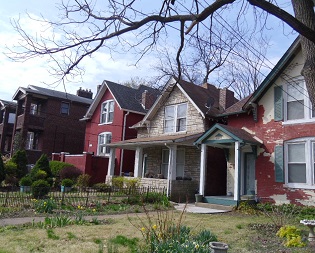 The block units can focus on a very detailed level on problems and opportunities, and they also offer people who are shy or wary of the neighborhood association for some reason a way to become involved in creating and maintaining a great neighborhood.

So if your neighborhood association is doing a great job and offers you some help in forming a block club, that is the ideal situation.  But for the rest of you who want to organize or re-organize block units without any involvement from an organization representing the broader area, we will walk you through that process.

Block Units Should Be Loosely Structured

Our experience with community groups is that they tend to rely too little or too much on formal organization.  Many neighborhood associations simply are not as effective as they could be if they were willing to form more committees, engage in fund raising, learn more about how to fight city hall, and otherwise prepare for action.

In block units though, attempts at organizing yourselves as if you were a corporate department will be self-defeating. There is no need at all for grandiose schemes, projects, and structures. You don't need by-laws, logos, business cards, strategic plans, or any of that stuff.  If you are a Type A, resist the urge to put your mighty skills to work in these ways.

We were tempted to say you don't need officers, but that is not entirely true.  You do need a convener, and often that person is called a block captain. This need not be a lifetime commitment, and reasonably could and probably should rotate among willing neighbors. Without someone to say let's meet on someone's porch or at the end of the cul de sac, it may not happen.

Certainly if you have a neighborhood watch type of crime prevention strategy, you will need one point of contact for everyone to communicate with. If no single person is willing to serve, co-captains may work.

Our instinct was to write that you don't need any dues, but of course this depends on the situation too.  If you are in an affluent neighborhood or suburb, you might all agree to dues to support social events or paying for an amenity that you all will share.  In that event, make sure everyone actually does agree, and don't become crazed if someone fails to pay.

We just say that unless you have a specific reason for collecting money, don't do it just because someone thought that community organizations have dues.

If you keep this fun instead of deadly serious, you will have better participation in your block club and it will perform better as a crime watch, social group, or community builder than if you allow yourselves to be bogged down in detail.

How to Organize Block Units

We recommend that if you want to start a block club, find at least one other neighbor who will join you in making the invitation. We strongly suggest that the first meeting be positioned as simply social. The more casual it seems, the better.  This way you will determine who is open to interacting with neighbors, and you will be able to ask for honest feedback about whether people will be interested enough to sustain a loose organization.

So the type of social event or party needs to be completely in line with what will make people feel comfortable. If most neighbors do not know one another or only recognize one another to say hello, it's best to keep this out of homes. If there is no backyard or other outdoor space, you might be able to use a porch or a lounge in an apartment building.

In some areas though, that would seem cold, so if you are a cozy suburb where people are of similar socio-economic status and everyone is comfortable enough, a private home may be just fine.

Make sure there are refreshments available during that first get-together. Whether homemade cookies or wine and cheese, make it yummy but casual-feeling for your neighborhood.

At this first "meeting," resolve to spend most of the time allowing people to socialize or to get acquainted for the first time. Only when there is a lull in the conversation, or after a good half hour or 45 minutes, bring up the reason you think that block units are important in your neighborhood.

Like all generalizations about community development, this has exceptions. If your own motivation is spurred by an immediate problem or an event, of course you can dive right into that if you feel that the need for problem-solving is time-sensitive.

Determine at or after that first get-together whether "meetings" as such are needed, or whether there may be an alternative way to communicate and stay in touch. You can inform each other through an online platform such as NextDoor, or you could exchange e-mail addresses and phone numbers.  We suggest that a a minimum, block units will not survive without a couple of face-to-face meeting occasions a year.  These could be as simple as a winter holiday party and a summer picnic, so there is no need to overthink it.

(If you have a skilled party planner willing to cook up really cool party ideas, of course allow that person to do so! You can have a DJ, a bounce house, sack races, drones taking footage, a pie eating contest, or anything else that person can think up.)

If you are facing a fairly serious crime problem or other immediate issue, monthly meetings are probably in order.  Residents of a city block need to be able to exchange information freely in such circumstances, and face-to-face meetings help people understand each household's patterns so that neighbors have a better idea of who might be an intruder.

If you face extreme threats, meet weekly for four to six weeks until you regain a feeling of being in control.

We favor inviting and encouraging renters to join block units, by the way. They too are residents, and to the extent they are welcomed and integrated into your social networks, they can be constructive community members.

This brings us to the point that some blocks may have a very large number of residents, particularly if residents of large rental properties are included.  In that event, you may need to read about how to start a neighborhood association as well, and you may find the advice there better than what we said about more typical block units.

(We've written an inexpensive e-book on organizing a neighborhood association, by the way. In the next few months, we also we have an e-book on starting a block unit; it will be shown on that same page of this website.)

Lastly, if you are trying to decide between starting a neighborhood watch or a block club, why not do both?  Make your neighborhood watch an activity of the block club, and involve the police or sheriff's department in the watch. But often if crime is a concern, other issues need your attention. That's where the overarching structure of a block club becomes very helpful.

For inspiration about a block party, see the write-up entitled Block Party--Delicious Anticipation submitted by one of our site visitors. Sometimes people think a block club will be all fun and games, but fairly often, it doesn't go that way. To prepare yourself for some of the aggravations that people might express as you start meeting as a block, see as an example the site visitor question about multiple gas leaf blowers.

Literally any page of this website might be relevant to a block, but below are a few other pages to start your thoughts.