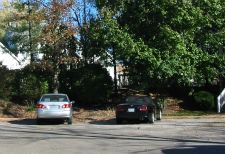 A suburban retrofit can improve market demand for a typical American suburb where everyone drives everywhere. Considering excessive commutes, a declining demand for large single-family homes due to financing difficulties, and strip shopping centers that just don't look stylish any more, you make want to do a makeover of your suburb.

There are three major drivers that appear to be causing the shift in thinking about suburbs in America.

First, demographics (the study of population characteristics) shows that many of the new households to be formed in the next couple of decades are likely to be childless households.

The baby boomers are living  a long time, and their children and grandchildren are delaying marriage and having children of their own. This means those three-bedroom houses with the two-car garages won't be fit most households at all.

That spells trouble keeping up property values for many suburbs of undistinguished urban design.


Second, there seems to be a minor rebellion against traffic congestion and the culture of automobiles, especially among educated young people.

We don't want to overstate that, because yes, we still love cars and commuting to work by ourselves in our car. But there's a new desire for and curiosity about living in a walkable community, bicycle commuting, and being able to drive to work without being snarled up in traffic and contributing to global warming.

No one knows for sure what will happen when driverless cars become more prevalent, but we think that the ability to relegate parking to the periphery of a business or employment center will tend to make those areas more intense and compact. This too runs counter to the current way that suburbs are organized. (For more on our thinking about this topic, see the driverless cars and city planning page.)

A third major contributor to the possible need for a suburban retrofit is the change in retail patterns and tastes. As online shopping has grown, the demand for brick-and-mortar stores has decreased.  The U.S. Census Bureau reported in 2018 that 10 percent of all retail sales took place online in the third quarter of the year. According to a 2019 article from The Atlantic, 22 percent of U.S. clothing sales were conducted online.

Even without the online shopping factor, many metro areas allow competition for retail attraction among suburbs and communities to continue unchecked, through the use of techniques such as tax increment financing.  In many regions we are faced with a huge quantity of vacant commercial property.

For an objective look at some of the impacts of suburbanization, we recommend the book Suburban Nation: The Rise of Suburbs and the Decline of the American Dream. For shorter reading, also see our answer to a site visitor question about a 1960s suburb that needs refreshing.

Elements of a Good Suburban Retrofit

You should see another recent book, Retrofitting Suburbia, if you want to go into great detail. Here we want to concentrate on only four big projects that will set in motion the main ingredients you'll need for your suburban retrofit:

Basically you want to get ready for some greater density, as all of those single people and couples, whether young or old, may want or only be able to afford to live in multi-family structures.

You also want traffic calming (which means just what it sounds like) but even beyond that, you want to render traffic unnecessary to the extent possible!

Also you want to make your commercial space attractive and thriving. It just may be that you need less retail, and you want to do away with big box stores and other pedestrian-stoppers as you move further into the suburban retrofit.

Advantages of the Street Grid

If you're a suburbanite, you're probably asking yourself how come everyone is talking about a grid system of streets all of a sudden? Didn't we have that suburban structure of an arterial street or highway through your town, with collector streets branching off of it, and with the residential streets forming a series of cul de sacs off of the collector street? We have written a page on the street hierarchy, if you are not familiar with that notion.

The historic grid pattern of streets has been shown to be most efficient at moving lots of traffic. Otherwise people are all waiting for the light to turn onto or off of the main road, right?

The grid also offers options, whether you just want variety one day or whether there is an accident, construction, water main break, or what have you.

If traffic is disrupted, you can easily move to another street if you have a grid, whereas that's not so practical if everyone is trying to get to one traffic-clogged street.

Many who live in the suburbs now love their dead-end streets and cul de sacs, but when we look at the larger number of total miles of street that must be maintained in a cul de sac community compared to the same number of residences on a grid, we begin to see the logic, at least from the perspective of the public interest.

When you have cul de sacs and lots of them, how do you re-establish a grid? It's very difficult as long as the housing market is robust, all homes are occupied, and all business areas are viable. But that's hardly the case in many neighborhoods across America.

In simplest terms, cul de sacs are reconnected to one another, and therefore to redundant systems of access to destinations, by having one lot or part of one lot near the end of the cul de sac be appropriated for a street connecting to a nearby street.

That could become more practical than it sounds in view of the foreclosure situation in some communities. If you can do it, start there. Just one connection between two subdivisions that formerly were cut off from one another is worthwhile, particularly if both have access to a different collector street.

A second way to start re-establishing the grid is to break up strip centers and dead malls, if necessary demolishing some or all buildings to establish the grid-based traffic pattern.

This then sets up opportunities for walkable redevelopment, with some of that redevelopment being devoted to housing instead of commercial space.

Each situation is unique, so there are few rules here, but begin to think ahead about the market for multi-family housing, smaller houses, and granny flats or some such (known as accessory dwelling units to professionals).Neither form of suburban retrofit is easy; both require you to use your political leadership and your planning function wisely.

The second major project for the suburban retrofit agenda is redevelopment or repurposing of strip centers. Candidly, retail demand may not be present, and if not, it's better to face that fact and move on to another land use than to allow your strip centers to become a blighting influence on your community.

This project may involve proactive zoning, in which a municipality decides on down-zoning in advance. Of course intensive discussions with the property owner should probably precede any such action on the part of the city or town.

Secondly, if you can create appropriate zoning, you need to also actively seek developers or development proposals of the type you wish to see.

In the past you may have been able to wait for developers to walk in your door, but that's somewhat less likely in the event of a suburban retrofit program.

Like all redevelopment, suburban retrofit is harder, more unpredictable work than developing something on a vacant and previously unused site. That means that developers and everyone in their wake, including bankers and lawyers, will be more reluctant. Thinking is actually required!

But nevertheless you need to make appointments and talk with people you'd like to see working in your town. See what companies have undertaken similar strip mall redevelopment projects and court them.

Creating a Walkable Environment in Suburbia

In view of the high number of aging baby boomers coming along, you will want to be very mindful of how difficult it is to walk safely in your town. If you're thinking about suburban retrofit, the pedestrian experience is really important in keeping our older adults in their homes.

Sometimes when people hear "walkable," they think it's a laughable criterion. Obviously someone could walk somewhere in your town, but are they walking in the street, in people's yards, behind the guard rail, or where? Are you asking a person to walk on a four foot wide asphalt "sidewalk" beside a road where traffic is moving along at 40 miles per hour?

So when we say walkable environment, we really mean an area that feels safe because the sidewalk is wide enough and slightly offset from traffic, is reasonably level, and has high quality  curb cuts that are easy for people using wheelchairs and walkers to navigate.

We also mean that the traffic signals at wide intersections are set up to minimize pedestrian-car conflicts, or ideally to never have any. The idea of canceling "no right turn on red" for the sake of pedestrians may strike someone as odd, so it depends on how far you want to go in making your city pedestrian-friendly.

For other discussion, refer to the page on walkable communities in advance.

Conceivably your suburb never had any true civic space, except perhaps a meeting room at city hall, if you had one. If you're able to build a civic green outdoors in a logical gathering place, you can encourage the kind of face-to-face dialogue that makes good neighbors and also provide for events and festivals that may bring in new revenue for local business.

You also need civic space in the more metaphoric sense of the word too. So if there is no community improvement group, neighborhood association or series of them, or general community organization, I'd encourage you to make sure one is formed.

Sometimes a homeowners association can serve this purpose, but sometimes its board meets infrequently and is in reality a small, closed club. So assess what is needed,and if the HOA isn't inclusive, you can form your own organization.

If you adopt a suburban retrofit program or want to discuss such a possibility with the community, a little organizing to encourage community engagement would be important. Your community may have awakened to the need for greater concentration on racial equity and community development; work on expanding your welcome to new residents or those who have not been included historically. This means new and different ways of reaching out, but these will enliven your community life.

Read More About Topics Relevant to Refreshing Your Suburb